While feeding the 5 bluejays that frequent my backyard every morning, I could hear the rattling of cranes and thought to myself progress has come to Downtown Halifax. Several people have asked me but why did it take so long and what is the fate of those that have hung on awaiting this to occur?
During my tenure on Regional Council, so many projects were approved (many hotly contested), yet we are only seeing movement now.  Some blame the past Council, others blame the developers.  In actual fact; I believe it is the realization that the HRM By Design Secondary Plan is finally being taken seriously.
From 2000 to June 16, 2009, Halifax Regional Council struggled with development within the oldest part of the municipality.  Developers would ask for huge exceptions to the existing municipal planning strategy and expect Regional Council to comprehend their rationale to challenge the plan.   Unfortunately, one exception to the Municipal Planning Strategy became the normal occurrence and the battle over heritage/ height/design became so intense that it seemed Regional Council was constantly polarized which media, businesses, and citizens blamed on the Elected Officials.
Yes, planning documents need to be never ending working documents so that they are kept in line with desires of the citizenry/business, but not to the point of ignoring the rules all together. There is an avenue which allows for changes to be adopted to a development plan called an amendment.   This allows for planning strategies to be revised through several steps: public input via public information meetings, first reading (allows for Regional Council to either move the revision to a Public Hearing or nix it), and then the debate on the Council floor.  This allows for healthy dialogue between the public and the Elected Officials which should aid the Elected Officials with their decision- making.
Thankfully HRM By Design has made this antiquated procedure the way of the DoDo.  With the input of thousands of citizens, developers, and businesses; the Secondary Plan is in the hands of a group of volunteer professionals who comprehend the intent of the plan and review the proposed developments which has diminished the waiting time for developments. 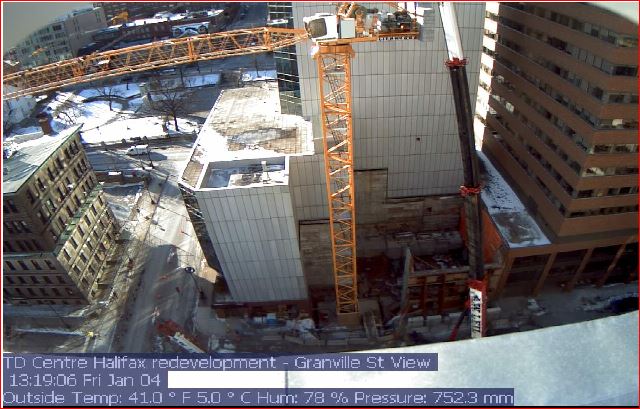 So if that is the case, why did it take so long for these developments to get going?  It’s called reality!  This is not a game of Sim City! As a former draftsperson, I know first hand how long it takes to compile and action a project.

Assembling funding, detailed designs, and working through permits and other documents/approvals for water, sewer, electrical takes abundance of man hours from all aspects.
So now we are seeing the results of what seemed to be a lifetime of meetings, public input, and heated debates.  So why are businesses closing? What is causing this mass exodus? Several people on my Facebook have chimed in on this topic with several theories. Here is one example of why we are losing good businesses on Barrington Street.
Many of the businesses, the independently operated, lease space for their businesses and the owners are jacking up the rent to the point they cannot sustain themselves.  One such business which was an awesome little antique/art gallery/restaurant was Elephant’s Eye.  The owner decided to renovate, but this caused the business to shut down during renovations only to then have to close permanently because the owner raised the rent.
The loss of Dacane Surf Shop, Extreme Pita, Oddjects, and Captain Sub/Greco Pizza and Elephant’s Eye in the past 30 days makes you wonder if Barrington Street will every bounce back.  Well, it will.  Just like Gottingen Street and Spring Garden, Barrington will reinvent itself but it will be at the cost of our entrepreneurs that have awaited some aid with the resurgence of the downtown core.  These shops, bars, and restaurants had faith in our downtown and waited patiently for the citizens to discover their unique businesses and now, now they could hold on no longer ( depending on their circumstances of course – just generalizing) If the rents continue to climb where will our energetic entrepreneurs go?  Will they leave Halifax for greener pastures?  Many have already done so unfortunately.
The old adage “with progress comes change”, let’s hope that during this change, those that have contributed to keeping the Downtown alive are able to hang on just a little longer.

Blue Jays, Cranes and the rise of the Phoenix
https://haligonia.ca/blue-jays-cranes-and-the-rise-of-the-phoenix-71880/