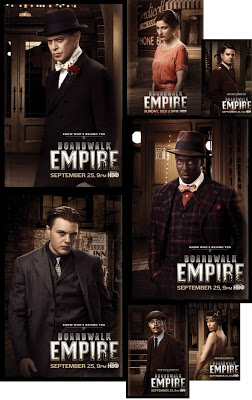 Boardwalk Empire is one of those shows that I like alright (I’m not as fully on board as some) but have trouble writing about it. Probably because at times I find it a bit confusing, overloaded with characters and subplots. I’ve always felt the show could benefit from simpler storytelling – I never seem to have this problem with other favorite cable dramas like Mad Men or Dexter. (Though I definitely had it with Game of Thrones, I think I eventually got used to it.)

At the beginning of Boardwalk Empire‘s first season, I was definitely one of those people calling it “Bored-walk Empire”. I would watch it on my laptop and fall asleep. But I stuck it out, because there were always certain storylines I was invested in. This season has captivated my interest more (so far) by focusing more on the stuff I’m interested in, like Nucky and Margaret’s relationship, and less on the stuff that loses me, like the New York subplot.

Things I’ve liked in the second season so far? Definitely, Margaret’s emergence as a savvy kept woman. I loved seeing her return to Nucky’s office in her poor person clothes so she could rescue his hidden cash and ledger book. She used to be so innocent and naive, but she knows what’s up now and is going all in.

I also really like the relationship that’s developed between Nucky and Chalky as Nucky struggles to hold onto power. He’s lost almost everyone, but Chalky’s still loyal. The scene with both of them in the same jail cell this week was a powerful one.

Watching Jimmy really emerge as a power player in Atlantic City is also interesting, but they still lose me a little with the New York stuff. I wish there was a way for it to all feel more connected.

Another great scene from the first episode was Van Alden in the restaurant with his wife. That character has always given me the creeps, and now he’s leading a secret double life with a pregnant lover at home. Boardwalk Empire tends to do the slow build thing, but I’m really interested in seeing how this will all play out for him.

So are you guys watching Boardwalk Empire this season? What do you think so far?