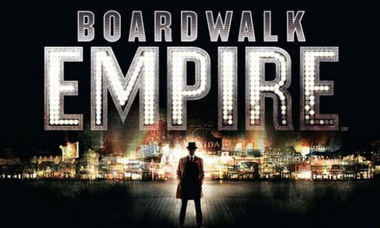 OK, I’ll keep watching.
I have a rule about TV shows, especially when it comes to dramas. Three episodes. That’s the rule. If I watch three episodes and think “I really don’t give a crap what happens next”, then I give up. But I try to always give a show three episodes. With some shows, I get hooked. Friday Night Lights, The Wire, and Mad Men all pulled me in completely after three episodes. Others are a bit slower, like Boardwalk Empire. I can’t say I’m totally hooked on this show, but I know I want to keep going. There are still too many characters, and the plot still feels a little untidy. If I had them on DVD, I would not be devouring the episodes like I did The Wire. But watching it once a week? Yeah, I’m in.
I Won’t Be Your Father Figure
We learned a lot this week. We learned that Nucky was a pretty strong father figure in Jimmy’s life, which meant it was probably pretty hard for both of them when Nucky had to expel Jimmy from Atlantic City. One of the people Jimmy shot in the first episode survived long enough to give up Jimmy’s name and description to the feds. That was a pretty gruesome scene, wasn’t it?
It ended up being painfully easy for Jimmy to leave his fiancee and three year old son, though. His suspicions that she’d slept with a local photographer were not confirmed, but implied to be true. Can you blame her? She didn’t get a single letter for two years. She thought he was dead. It was very Pearl Harbor, only the other guy wasn’t his brother, or best friend, or whatever Ben Affleck and Josh Hartnett were.
Scarface 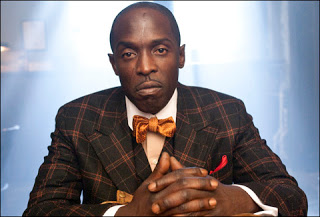 Here’s something new I learned: Michael K. Williams, who played Omar Little (one of my favorite characters of all time) on The Wire, actually has a scar running across his face. I always thought that was just to be Omar, but he’s still got it now that he’s playing Chalky White. We didn’t get to see much of Chalky – he runs the distillery for Nucky’s bootleg liquor – but hopefully we’ll see more. There was an interesting scene where Nucky paid Chalky off to keep quiet about the disgusting lynching of one of Chalky’s workers. I found it hard to take much of what Chalky said seriously because he sounded so much like Omar, and looks so much like Omar (plus a pretty red coat). But maybe as the show goes on I’ll stop hearing him whistle “The Cheese Stands Alone” every time I see him.
Pride Meets Prejudice
How bitchy is Nucky’s girlfriend? She was so rude to poor, awkward Margaret in the shop, I wanted to stuff her lingerie down her throat. Nucky better watch out, because the girlfriend is clearly in the mood to have a baby. Only it feels like perhaps he’d like to have children with someone else…
We learned a bit more about another interesting woman this episode too – Jimmy’s mother. Who will be the dangerous man she gets involved with? I like the feeling of mystery this character has, I hope we get to see more of her.
What did you think of the third episode of Boardwalk Empire? Do you like Nucky? What will become of Jimmy? And do you have a hard time separating Omar from Chalky too?
(Boardwalk Empire, S01E03, Aired 10/03/10)