So, as many of us know, this time of year is sometimes referred to as book award season due to the number of major book prizes that are given out. For the bookish amongst us, it can be something that is difficult to stay on top of, despite a desire to do so. Last year around this time, I did a post called “Book Award Roundup (AKA how is anyone supposed to stay on top of this?) ” where I attempted to gather a list of all the winners of the recent book awards in one place. It seemed to work well then, so I thought I should try the same this year.

Let’s start with the Canadian awards. We already did a post on the nominees for the big three Canadian fiction awards, and the fact that 2 authors appeared on the short lists for all three. So, what happened??
In the end Esi Edugyan and Patrick deWitt shut out the other shortlisted titles in all three awards, with Edugyan taking the Scotiabank Giller Prize for Half Blood Blues (M) and deWitt’s The Sisters Brothers (M) taking both the Writer’s Trust Award for fiction and the Governor General’s Award for English language novel.
The Scotiabank Giller Prize just has the one award, but both the Governor General’s Literary Awards and the Writer’s Trust awards give prizes across a number of categories. Here are a few of those additional winners:
Governor General’s Awards: 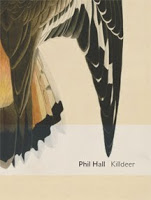 Journey Prize for Short Story: Miranda Hill for “Petitions to Saint Chronic” which originally appeared in the Dalhousie Review but is now also available in the 23rd Journey Prize Stories Collection (M).
Matt Cohen Award for lifetime achievement:
David Adams Richards (M)
Engel/Findley Award for an author mid-career:
Wayne Johnston (M)
On to other prizes . . .
We’ve actually already posted on a few award winners this fall including the ReLit Awards for independent Canadian Fiction, The Man Booker Prize and James Thurber Prize for American Humor (click the links to find those winners).

We failed to mention, however, that Swedish poet Thomas Tranströmer won the Nobel Prize for Literature. This may in part be because English translations of his works are currently hard to come by, and the library currently doesn’t own any titles by him. As was the case with the wins of Herta Müller in 2009 and Jean-Marie Gustave Le Clézio in 2008 (both of whom had little in print in English at the time of their win), we should expect to see Tranströmer titles available in the coming months.

Just this week, the National Book Awards (which recognize excellence in American writing) were announced. Winners this year include:

Fiction: Jesmyn Ward for Salvage the Bones (M)
Nonfiction: Stephen Greenblatt for The Swerve: how the world became modern (M)
Poetry: Nikky Finney for Head Off & Split (M)
Phew! That’s all I’ve got. I’m betting there is something I missed though, so feel free to add those in the comments field.