The nominees for the National Business Book Award sponsored by PricewaterhouseCoopers have been announced:

Laying It On the Line: driving a hard bargain in challenging times
by Buzz Hargrove

Coal Black Heart: the story of coal and the lives it ruled
by John Demont

Why Your World Is About To Get a Whole Lot Smaller: oil and the end of globalization
by Jeff Rubin

Manulife: how Dominic D’Alessandro built a global giant and fought to save it
by Rod McQueen 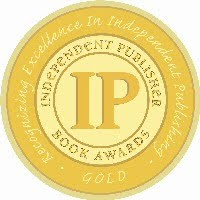 2010 Finalists in the Independent Publisher Book awards. For the full list of finalists see here. In various categories (not Canadian):

Matterhorn
by Karl Marlantes
Appassionata
by Eva Hoffman
Once the Shore: stories
by Paul Yoon
Factory Voice
by Jeanette Lynes
Personal Demons
by Gregory Lamberson
and the delightfully titled So Punk Rock: and other ways to disappoint your mother
by Micol Ostow and David Ostow

The Independent Publisher Book Awards also has a Canadian category. In Canada-East-Best Regional Fiction and Nonfiction we find February by Lisa Moore,
By the Rivers of Brooklyn by Trudy Morgan-Cole, and
The Island Doctor: memories, myths and musings of a country doctor by J. Cameron MacDonald. 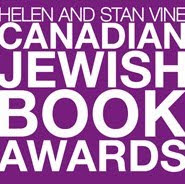 “My father has married me to a mad old man.” These words, written on a slip of paper inside a fading brocade collar, are a clue to the unlikely marriage of a Jewish remittance man and a 14-year-old orphan in a remote Newfoundland fishing station. More curious still are the connections that entangle a retired schoolteacher and an Israeli scholar almost two centuries later. When the bereaved Rosehannah Quint and her mysterious “mister” retreat into winter quarters at the back of Ireland’s Eye, the two begin to develop an understanding based on curiosity as well as upon need – an understanding that works its way down the years. The Winterhouse is a compelling novel about finding oneself and creating one’s own community.” ~ publisher