Here for your reading consideration are three recent novels, all of which have had several great reviews and are classified as psychological fiction.

The Evolution of Bruno Littlemore (M)
by Benjamin Hale

“The Evolution of Bruno Littlemore” is a major accomplishment. A lively page-turner that asks the big questions head on and doesn’t shy away from controversy, Hale’s first novel is a noisy, audacious and promising debut.” – Michael David Lukas, San Francisco Chronicle
“An ambitious, enjoyable, and lengthy debut novel; much will be written about its more controversial aspects, but Hale’s prowess as a storyteller should not be ignored” – Library Journal
“Benjamin Hale’s audacious first novel, “The Evolution of Bruno Littlemore,” is a tragicomedy that makes you want to jump up on the furniture and beat your chest. “ -Ron Charles, The Washington Post 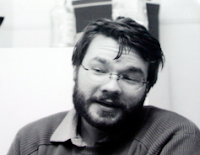 “Bruno Littlemore is quite unlike any chimpanzee in the world. Precocious, self-conscious and preternaturally gifted, young Bruno, born and raised in a habitat at the local zoo, falls under the care of a university primatologist named Lydia Littlemore. Learning of Bruno’s ability to speak, Lydia takes Bruno into her home to oversee his education and nurture his passion for painting. But for all of his gifts, the chimpanzee has a rough time caging his more primal urges. His untimely outbursts ultimately cost Lydia her job, and send the unlikely pair on the road in what proves to be one of the most unforgettable journeys — and most affecting love stories — in recent literature.” – Publisher
When God Was a Rabbit (M)
by Sarah Winman

“There are books that tug on the heartstrings, and then there are full-on tractor pulls. When God Was a Rabbit falls into the latter category. Sarah Winman’s debut novel has been attracting a great deal of buzz lately, as tearjerkers sometimes will; add to which, her prose also has an elegiac, simple beauty, which she uses to nimbly guide her characters through 30-odd eventful years of history.” – Cynthia MacDonald, The Globe and Mail 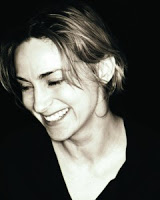 Winman has an authorial tendency to pick at life’s proverbial scabs. But while her plot traffics heavily in grim incident, she maintains a winning proportion of whimsy throughout. At the very least, she’s created the most amusing and emotionally satisfying work of rabbit deism to come down the pike in a long time. I give it five carrots. – Henry Alford, The New York Times

“When God was a Rabbit is an incredibly exciting debut from an extraordinary new voice in fiction. Spanning four decades, from 1968 onwards, this is the story of a fabulous but flawed family and the slew of ordinary and extraordinary incidents that shape their everyday lives. It is a story about childhood and growing up, loss of innocence, eccentricity, familial ties and friendships, love and life. Stripped down to its bare bones, it’s about the unbreakable bond between a brother and sister. ” – Publisher
Luminarium (M)
by Alex Shakar

“Shakar’s prose is sharp and hilarious, engendering the reader’s faith in the novel’s philosophical ambitions. Part Philip K. Dick, part Jonathan Franzen, this radiant work leads you from the unreal to the real so convincingly that you begin to let go of the distinction.” – Publisher’s Weekly
“Days after finishing Alex Shakar’s Luminarium,I’m still stumbling around the house in a mixture of wonder and awe. His new novel considers how our perceptions of the world are manipulated and controlled. I can’t claim to have understood all of it, but I did find it completely absorbing, and anyone hungry for a deeply philosophical novel that, nonetheless, maintains its humility will find here a story worth wrestling with.” Ron Charles, Washington Post

“Fred Brounian and his twin brother, George, were once co-CEOs of a burgeoning New York City software company devoted to the creation of Utopian virtual worlds. Now, in the summer of 2006, as two wars rage and the fifth anniversary of 9/11 approaches, George has fallen into a coma, control of the company has been wrenched away by a military contracting conglomerate, and Fred has moved back in with his parents. Broke and alone, he’s led by an attractive woman, Mira, into a neurological study promising to give him “peak” experiences and a new found spiritual outlook on life.”-Publisher.

Books with Buzz - 3 novels that mess with your mind!
https://haligonia.ca/books-with-buzz-3-novels-that-mess-with-your-mind-54553/