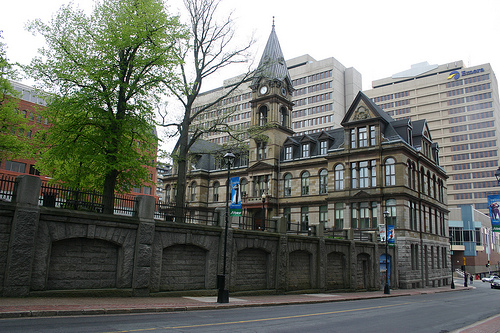 (February 21, 2012) – Regional Council voted today in favour of a 2012-13 budget direction to hold the line on most operating expenses, direct capital expenditures to existing assets and work to ensure a tax rate reduction for residential and commercial property owners.
Specifically, Council approved the recommendation that staff present a budget that maintains municipal services, while continuing to find efficiencies and provide for transit service improvements. Council also approved a direction for the Capital Budget that emphasizes the “State of Good Repair” of existing assets.
Council has directed staff to bring back a budget that will set General Tax Rates and Transit Tax rates so that the average tax bill per Single Family Home does not increase. Under the approved direction, commercial rates would also drop from $3.274 per $100 of assessment to $3.137 – a drop of 13.7 cents.  In addition,  Council directed staff to report back on what reductions or other changes could ensure no increase to the average commercial property tax from 2011-12 amounts.
“The approach approved for this budget will see that we manage and absorb cost pressures to direct investments where they can benefit citizens most,” said Deputy Mayor Bill Karsten. “It’s sound and timely financial stewardship that will benefit our taxpayers while not impacting our delivery of important services.”
The property tax recommended for the 2012-13 budget would see the combined urban residential/transit tax rates drop from 86.48 cents per $100 of assessment to 82.4 cents – down almost 4.1 cents total. This amount is derived from an increase of 0.7 cents on the transit rate and a decline of 4.78 cents in the general rate.
Source: Release