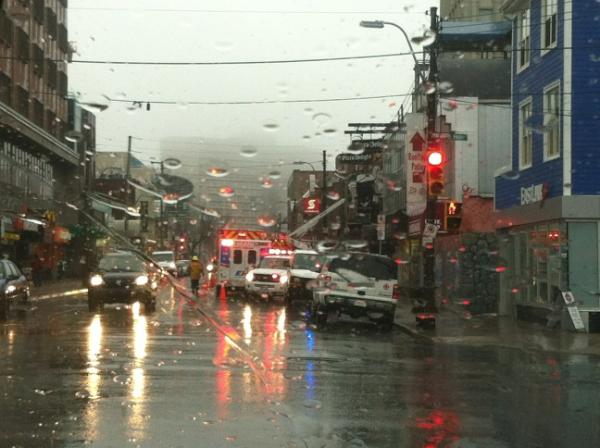 Powder at Spring Garden found not to be hazardous. HRM Fire is clearing the scene.

At 9:03 a.m., police responded to the Credit Union located at 5670
Spring Garden Road. Staff contacted police after they discovered a
sealed baggie containing powder inside an envelope that was received
through the bank machine. Police and Halifax Regional Fire & Emergency
are currently on scene and following appropriate procedures for this
type of call. At this time, there are no injuries or reports of illness.
Spring Garden Road between Dresden Row and South Park Street is
currently closed to vehicular traffic. Motorists are advised to avoid
that area.
Source: Release

Fire fighters huddled at door where ATM is. twitter.com/AdrianKLee/sta…