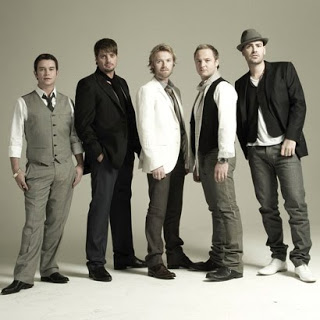 While we Canadians are celebrating Thanksgiving, devastated news arrived that Stephen Gately, member of Boyzone, had passed away yesterday.

I have to admit that I was a big fan of Boyzone back in the 90’s. I waited in front of the tv every week for MTV Top 10 coverage to listen to their songs over and over. I particularly loved Ronan Keating and Stephen Gately after watching No Matter What.

The official clip of this song is not embeddable, so I can’t include it in the post. I bet you all have seen it before, so here is a live performance clip, for a change. Stephen looks so young, why you leave us so soon?