The Freshii  in Burnside opens on Monday where the DQ used to be. This should do a killing with the limited healthy lunches that currently exist in Burnside.

The original owners of the Rodeo have applied  for a liquor license for the The Rockin Rodeo, to be located on Windmill at Victoria in the strip mall beside the old fire station.

Portland St Downtown Dartmouth is getting  Custom Curves is a lingerie shop specializing in corset and bra fittings for those cups sized D and up. They are aiming to open in March.

The Starbucks at Penhorn is now open. The Pet Valu out in Forrest Hills also is open now.

The folks at Celtic Corner have a liquor license for “73- Canadian Fusion” in the former La Perla spot.

The Advent Calendar marches on with soap and Gift Certificate to The Carrot (who had their grand opening on Thursday)  being given away.

Mexx Canada has filed for bankruptcy protection, stores open for now but expect closures in the new year.

Burrito Jax on Blowers had a fire this week they are expected to be back up and running by next weekend.

RUMOUR: Brandy Melville is expected to be one of the new retailers coming to Halifax Shopping Centre as they undergo a renovation next year. Don’t expect to see a store till at least this time next year.

Front & Central in Wolfville is serving it’s last meal on Dec 20th.Wouldn’t be surprised to see Chef Smart in a Halifax kitchen soon.

Elle’s Bistro on Barrington is now open, they have something on the menu called Bacon Balls which has piqued my curiosity. 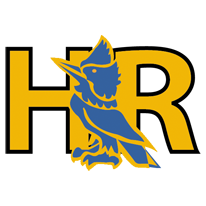