I have recently returned to the Ecology Action Centre from maternity leave and was struggling for a topic to write about for the blog. Truthfully, my reintroduction to the office hasn’t been fertile ground for blog post ideas. (200 words on setting up my email? Fascinating, I’m sure.) However, there’s an area of food security that we’ve rarely, if ever, discussed on this blog: breastfeeding and breastmilk donation.

The benefits of breastfeeding are well-documented: breastmilk is perfectly designed to meet babies’ nutritional needs and is the only food they need for the first 6 months of life. But one thing you might not know, unless you’ve been in this position yourself, is that breastmilk greatly improves the health outcomes for premature babies, as it lowers the risks of serious gastro-intestinal complications to which preemies are vulnerable.

My daughter Eleanor was born on March 27, 2015, at 24 weeks gestation and 630 grams. She was about the size of my husband’s hand. Babies that small can’t breastfeed, as in addition to being fragile, they haven’t yet developed the essential suck-swallow-breathe reflex. This reflex generally develops around 32 weeks gestation. So, what’s a new mom to do? Pump!

I was really impressed with the breastfeeding/pumping support in the Neonatal Intensive Care Unit (NICU) at the IWK Children’s Hospital. The hospital supplied bottles and labels, and I had access to a high quality pump when in the hospital. (I had to rent a pump for home.) Breastmilk production works on the principle of “use it or lose it”. Even though Eleanor was only given tiny amounts of milk at the beginning, if I wanted to successfully breastfeed her, I had to build a supply by mimicking with the pump what a regular newborn would have been doing. So, I pumped 8 times a day, around the clock, and developed a newfound respect for dairy cows. Eleanor was given my fresh milk, via feeding tube, and any milk that wasn’t used immediately, was cataloged, stored and frozen in the hospital’s milk room. And so we continued, day in, day out.

Around the 2 month mark, I was approached by the NICU nutritionist who asked if I was local. I confirmed that I was. “Do you have a deep freeze?” she asked. I did. By this point, the milk room had amassed almost 30 litres of my breastmilk and was hoping I would take a portion home. My own freezer was insufficient to hold it all, prompting a call out to family and friends (and a slew of “chest freezer” puns). I continued pumping and storing milk until Eleanor was discharged from the hospital, 3.5 months after she was born and 4 days before her due date. By that point, she had successfully learned to breastfeed, and we had nearly 50 litres of frozen milk.

The next step was to figure out what to do with three chest freezers of breastmilk. At the encouragement of NICU staff, I contacted the NorthernStar Mother’s Milk Bank in Calgary, one of only three human milk banks in the country, to ask about donation. Some mothers of NICU babies are unable to pump breastmilk for a variety of reasons, and for these babies many hospitals bring in donor milk. The IWK in Halifax gets its milk from the human milk bank in Calgary. After an interview, information from my doctor, and blood tests, I was able to donate almost half of the milk to the NorthernStar Mother’s Milk bank. Because donor milk is going to the most fragile and ill babies, mothers who have been on certain medications (even those considered breastfeeding-friendly) aren’t able to donate milk until those medications have left their systems. Because of some antibiotics I had been on right after giving birth,  milk bank couldn’t take my full supply of frozen milk. 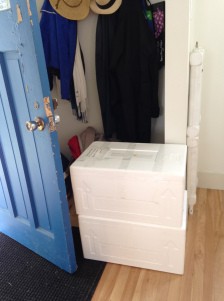 How do you send 22 litres of frozen milk across the country? In the most maritime way possible: lobster coolers. I sent 4 lobster coolers via courier. Amazingly, it was still frozen when it arrived. The milk bank, then thawed and pasturized the milk, mixing it with other breastmilk, before sending it back out to NICUs in need of milk.

I kept a portion of the remaining milk for times when I left my baby with a sitter, and gave the rest to a friend of a friend, who was adopting an infant.

After receiving so much support from my family, friends and community while Eleanor was in the hospital, it felt good to be able to do something to make someone else’s NICU journey a little easier. 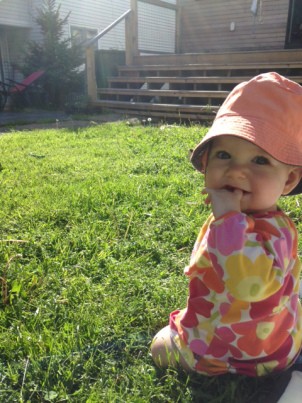 Breastmilk: Food security for the littlest ones
https://haligonia.ca/breastmilk-food-security-for-the-littlest-ones-156314/