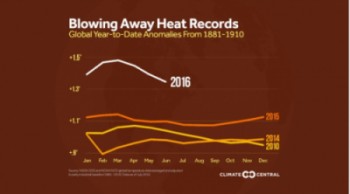 Consistent with the rest of the globe, the Maritimes were warmer than normal in July.  In fact, while 2015 was the warmest year on record, the Earth is experiencing even warmer temperatures this year… by quite a margin.

Fredericton was the warmest city in July, with high temperatures nearly 2C above normal.  Frederiction airport was also very dry, with not much more than half the normal rainfall falling in July.

Sydney was closest to its normal temperature; and the only city with above normal rainfalls.  However, most of this rain fell in just two days, 54mm on the 11th and 24mm on the 26th. 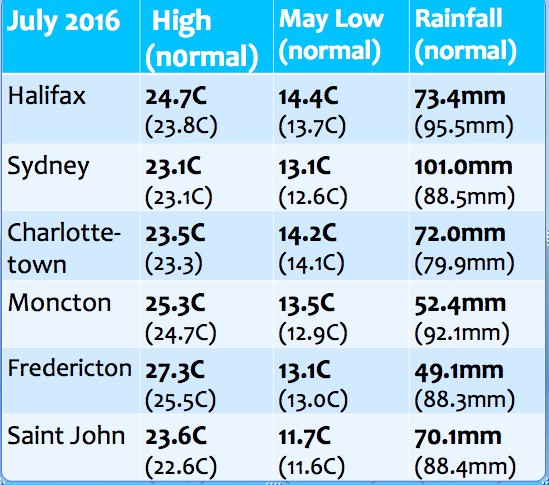 The warming we are experiencing is consistent with the consequences of the unprecedented amount of greenhouse gases (carbon dioxide and methane) we have been emitting into the atmosphere through the increased use of fossil fuels over the past century.  The graphic below illustrates the variations over the past hundreds of thousands of years… where carbon dioxide levels have varied between 200 parts per million (ice age) and 280 parts per million (“normal” climate).  The present 400 parts per million is leading to a warming of between 2 and 5C before the end of this century.  That amount of cooling would cause an ice age… pretty scary. 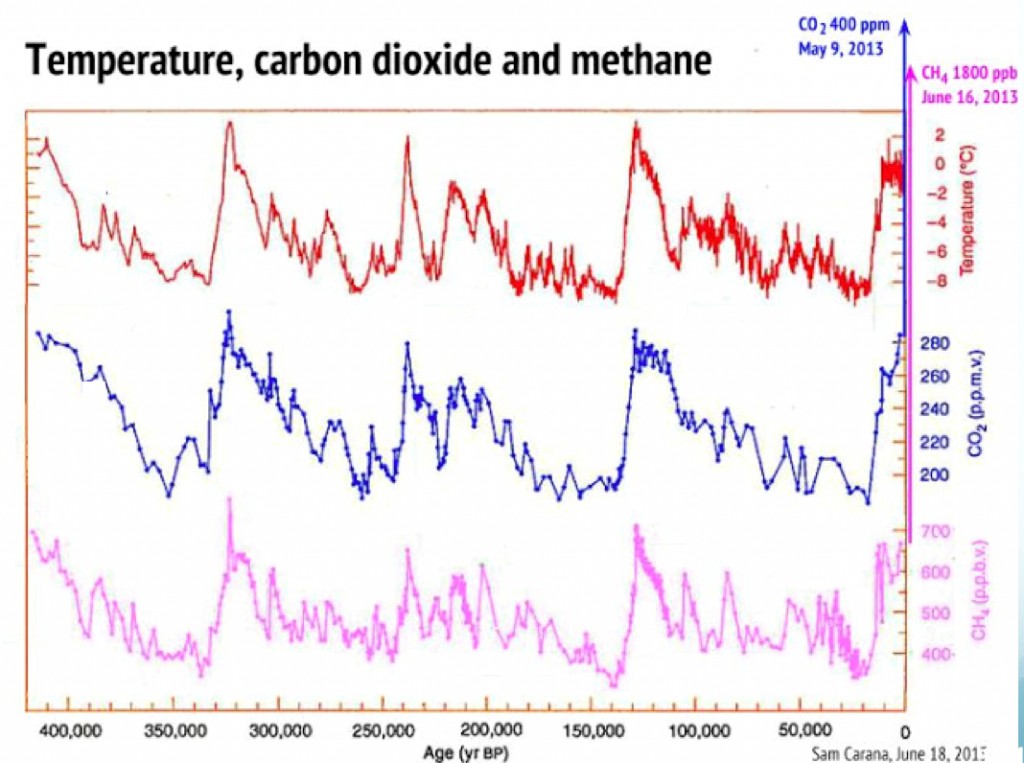 Much of the warming that the Earth is experiencing is being absorbed by the ocean.  Rising ocean temperatures is contributing to sea level rise, which is placing many coastal areas at higher risk of flooding and erosion.  The oceans are also absorbing CO2, some of which is turning into an acid that is a threat to life in the oceans.  Us folks in Atlantic Canada should be concerned with these changes to the ocean that surrounds us. 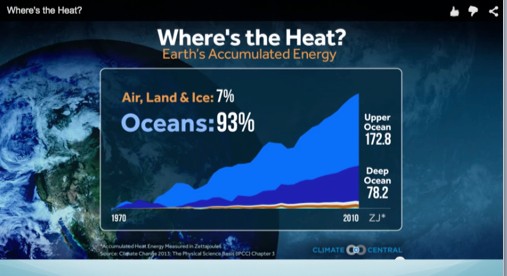 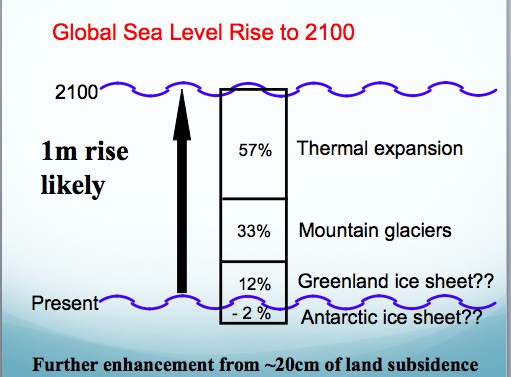 Inland flooding is also more likely due to the fact that a warmer atmosphere can hold more moisture.  The eastern sections of North America are witnessing the biggest increase in heavier downpours that cause flash floods.  This summer, flash floods have been causing significant damage to cities and towns across Canada and the USA.  So far, Atlantic Canadian communities have been mostly spared this summer. 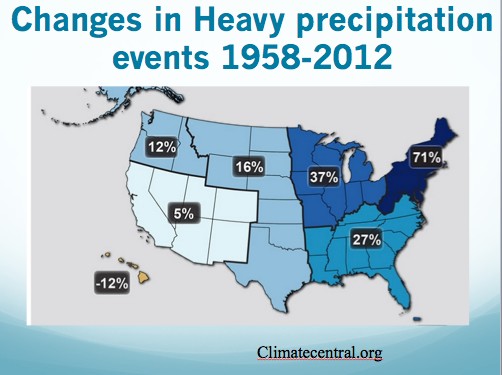 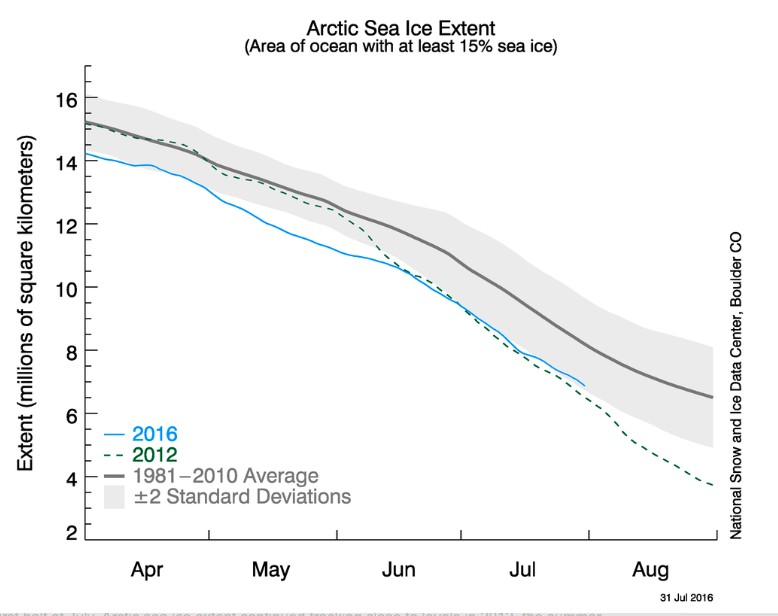 as well as remarkable and disturbing increases in wildfires. 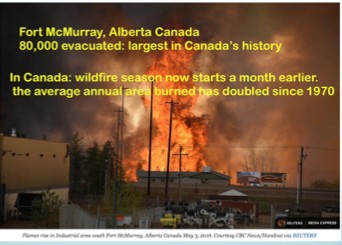 Rather unfortunate for folks in Fort MacMurray that the Spring wildfires have now been followed by summer flash floods.

Back to the remainder of the summer and into the Fall.  The computer models are predicting a continuation of warmer than normal conditions across the country. 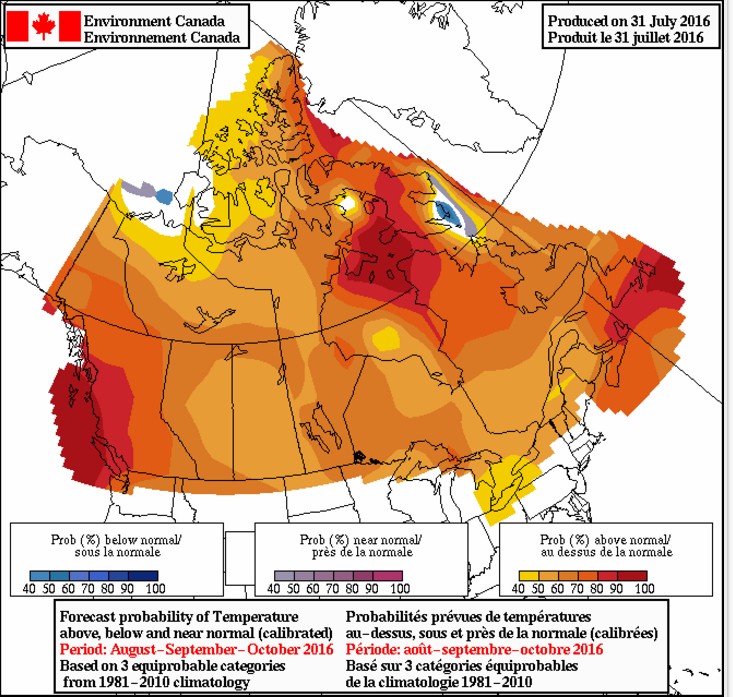 For the week ahead, other than spotty afternoon showers or thundershowers, I don’t see any organized rain until a cold front passes on the weekend, bringing another round of fresh air and lower humidity. I know some folks are hoping for rain.  Don’t be surprised when this pattern changes that we may see significant rains, perhaps from a tropical system??  We’ll see.

stay safe and please support efforts to switch to clean and renewable sources of energy.

thanks to climatecentral.org for some of the images