One burger fad that I have never been completely sold on is the use of peanut butter. I love both peanut butter and burgers so it would make sense that I would love them together, but that hasn’t necessarily been the case.

That being said, I believe that somewhere out there is a burger with peanut butter on it that will blow my away. I decided to head to Darrell’s for their take on this combination. Located at 5576 Fenwick Street, Darrell’s Peanut Butter Burger has become a well known thing around Halifax, so I figured it was only right to start my search here.

From the menu: “Our traditional BLTCM burger (bacon, lettuce, tomato, cheddar, mayo, mustard, relish, and ketchup) with that stick to the roof of your mouth difference” 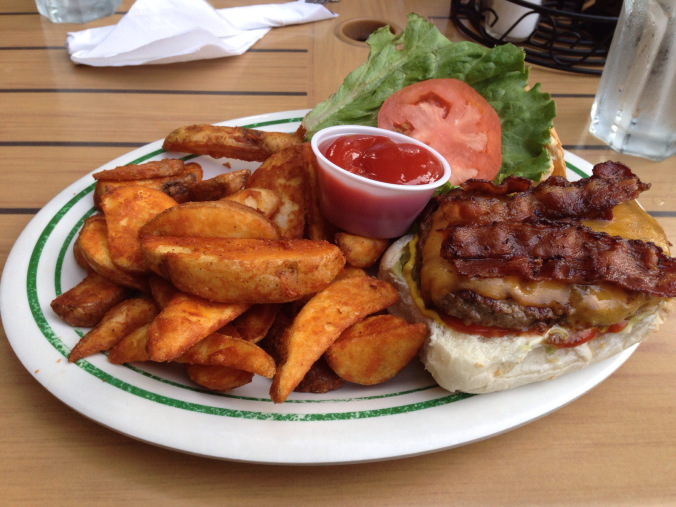 One thing I will say about Darrell’s is that I have yet to ever leave there with an empty stomach. Their portions are pretty large, and I usually can’t finish all the Darrell Fries they give me.

The appearance of this burger wasn’t too bad, although it wasn’t anything special. The cheese was nice and melted, and the patty looked like it was cooked well. The look of the bacon was pretty average but acceptable. There was a very generous portion of peanut butter on the top half of the bun, and I was somewhat worried that they may have overdone it. 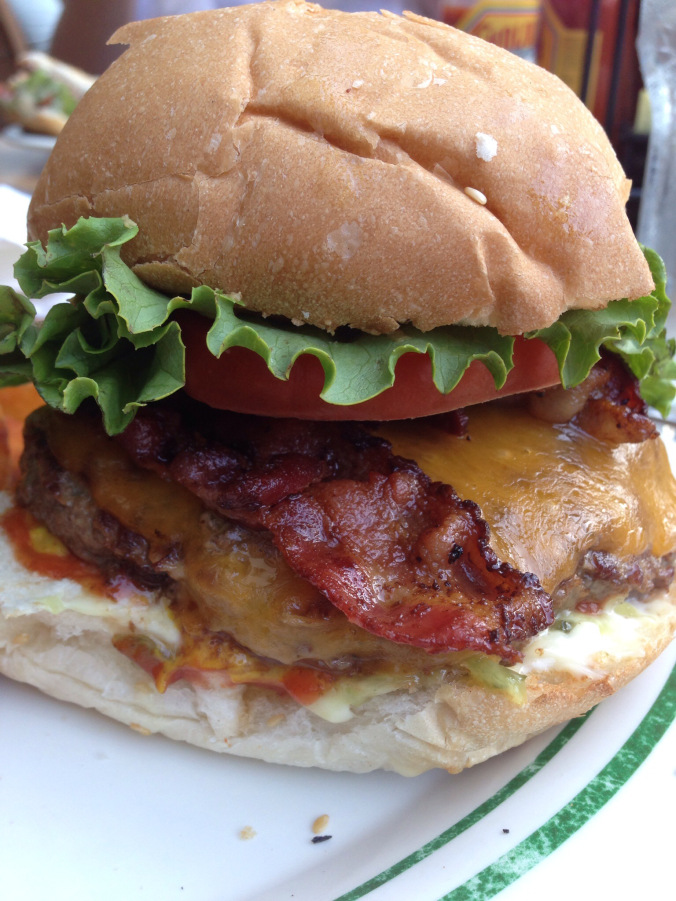 Now admittedly this isn’t my first time trying the Peanut Butter Burger from Darrell’s. I did try one a couple years ago pre-Life of Burgers, and at the time I wasn’t really a big fan of it, but I figured since so many people swear by this burger that it was only fair to give it an official write-up.

I will say that for my second try of this burger, that I did enjoy it a bit more. There appeared to be a bit less peanut butter this time so it wasn’t completely overwhelming. That being said, the peanut butter was still very prominent on this burger, and I still wasn’t a huge fan of the taste it created with the patty. Weirdly enough though, I did like the taste that the condiments and peanut butter together created, which seems like a really strange thing to be a fan of.

Aside from the peanut butter, the rest of the burger was just ok for me. The bun wasn’t too bad but it definitely could have been better, and the same could be said for the patty. I really want to be a part of the huge fan-following that this burger has, but I’m still not there.

This burger costs $12.89, and if you are a hardcore fan (like I know many of you are) than this is a bargain. I really like the Darrell’s Fries, and the fact that you get a big pile of them makes the price even better, but in terms of my own personal opinion, I probably wouldn’t pay again for this exact burger.

I know I might get some flack from this review, and that’s ok. This burger is an acquired taste, and I know many people love it, but I unfortunately am not a huge fan of this particular one. I do urge people to go and try this burger though and form your own opinion of it. Just because this burger isn’t for me personally doesn’t mean that it can’t be your new favourite burger, and if you don’t want to go for the burger, at least go for the fries (and the super delicious milkshakes!).