First off, I just wanted to say a huge thank you to everyone who voted for me for Food Blogger in The Coast’s Best Of Awards. I was both surprised and thankful when I was told I had won Silver, and it means a lot to have people who like reading about my burger endeavors. Big congrats as well to both the Gold winner, Lindsay Nelson (Eat This Town), and the Bronze winner, Kathy Jollimore (Eat Halifax)!

Next burger up comes from Niche Lounge in downtown Halifax. Located at 1505 Barrington Street, Niche is a popular place to grab dinner or a drink, and it is especially popular in the summer when people crowd their large patio to watch various sporting events on the big screen. They have a variety of burgers to choose from, and for this visit, I went with their Pulled Pork Burger. 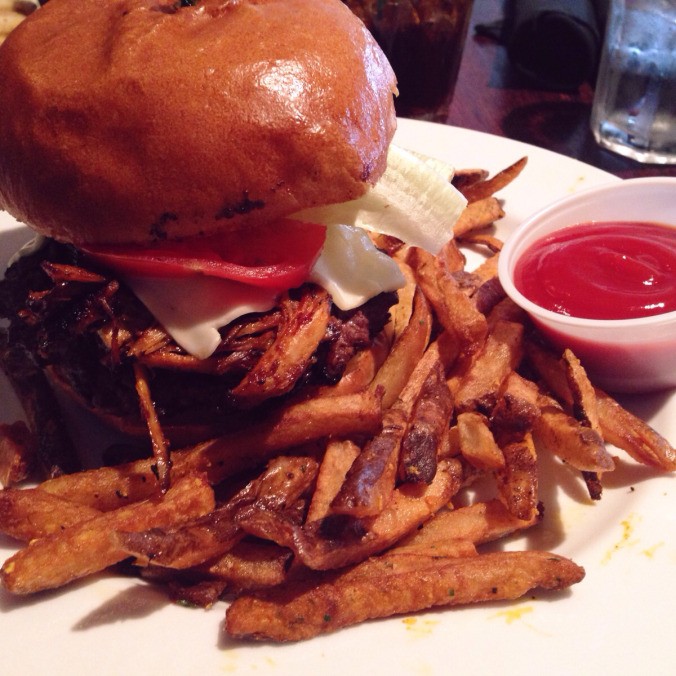 I was pretty pleased with how this burger looked. The bun was massive and it looked really soft. There was a big pile of pulled pork on top of the patty, and on top of that, there was a perfectly melted piece of cheese.

My major complaint was with the lettuce. It was composed of huge chunks, as opposed to some nice leafy pieces. This is a huge pet-peeve of mine when it comes to burger lettuce, and unfortunately the chunks were very much present on this burger. 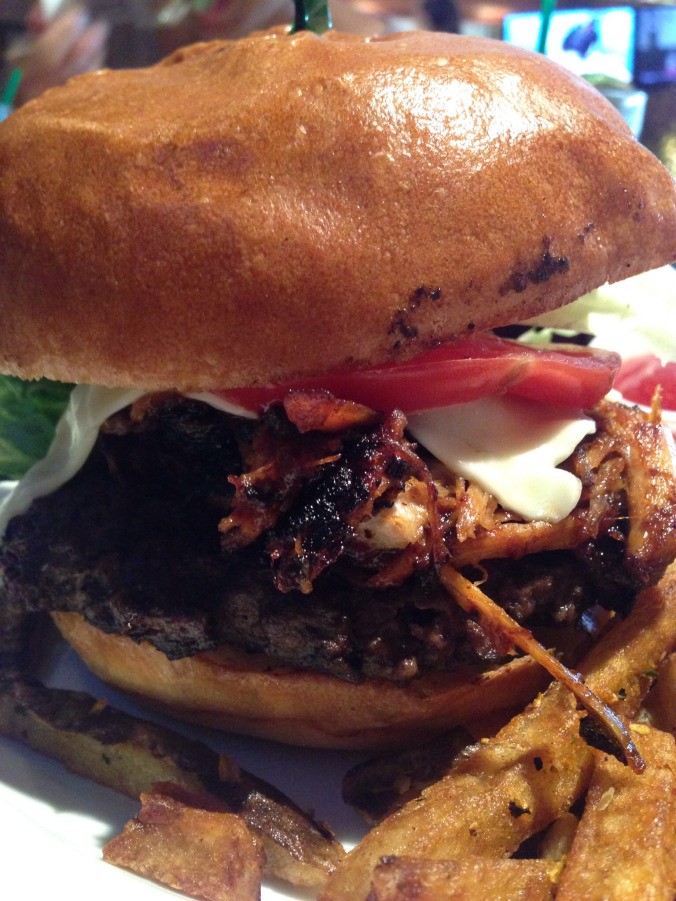 While the burger looked good, I found there to be some flaws after my first few bites. The pulled pork, while plentiful, didn’t really have much flavour to it, and it didn’t overly stand out. This could have been helped somewhat if there had been more of the BBQ sauce. The small amount of sauce didn’t give the messy, flavourful, concoction that you would expect to get when you order a burger like this.

When it came to the patty itself, you could really tell that the beef was overworked when it was being made, because it had that tough texture that’s hard to look past. The burger was also really well-done, and while a nice char is usually appreciated, it was just slightly too much in this instance.

I did like the generous amount of cheese that was given, and how it had that great gooey texture you want on your burger. I also enjoyed the bun, despite it being a little too big for the overall burger, as the texture was super soft and it appeared to be pretty fresh. 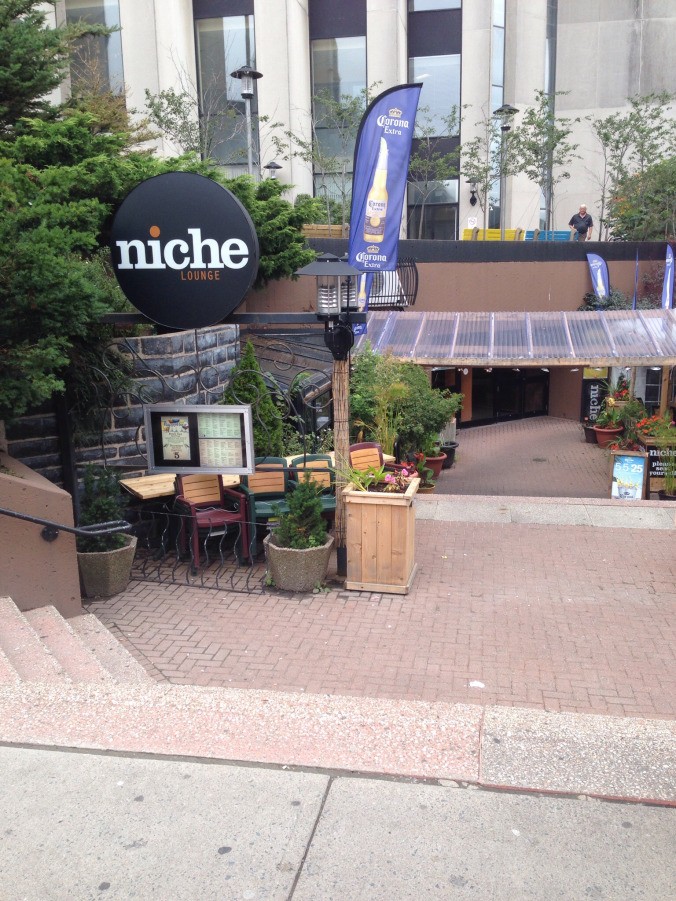 The price of this burger is $14.95. On one hand, this burger is on the larger side, so the price can be justified in that sense. On the other hand, you don’t want to shell out this much for a burger you are not going to enjoy eating. While I do think this burger does have potential, there would definitely have to be changes made before I pay for this one again.

I enjoy the overall atmosphere at Niche. I have had some pretty good non-burger dishes here that I would recommend trying. However, this burger missed the mark with me, with the exception of a couple components. It’s definitely a case of “looks can be deceiving”, and unfortunately in this case, looks were really all this burger had going for it.