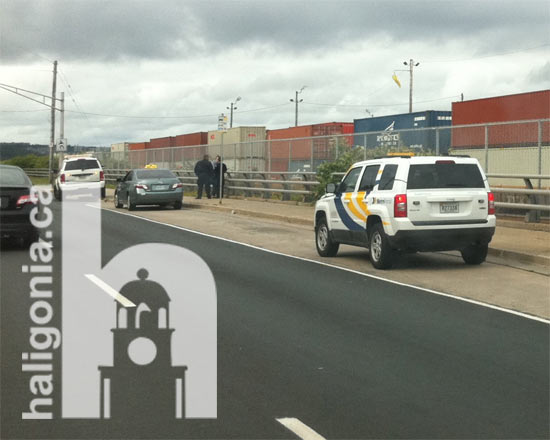 There were some tense moments for some Metro Transit passengers this afternoon after an altercation between the driver and a cab driver ended with the cabbie banging on the bus windows.

"On the 18 heading to Lacewood at about 220pm a cab driver cut off a bus driver heading down Windsor toward the Bedford Highway. Bus driver had to slam breaks to avoid collision. Whaled on horn. When the bus made it's next stop close to MSVU cab driver from Bob's taxi got out of his cab after pulling it in front of the stopped bus so the bus could not leave.

Told off bus driver then started smashing on the bus! Bus driver closed all doors called police while he kept smashing. Riders couldn't get off out of fear he'd come on. Police arrived on scene and after a few moments of talking we were able to leave. Bus driver was calm and cool both with the cabbie and nervous/annoyed riders. Well done on him!"