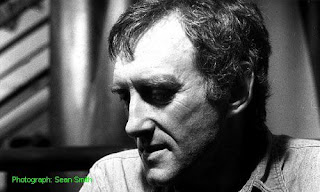 If you’re a fan of British literature and you didn’t know of James Kelman as of last week – by this week you probably do. Kelman is the Booker Prize winning Scottish author who last week launched a tirade against the Scottish publishing scene and the accolades and attention it has given to genre authors at – in Kelman’s opinion – the expense of more literature. Kelman doesn’t mince words: in a story on the outburst, the Guardian newspaper quoted Kelman as proclaiming “‘If the Nobel prize came from Scotland they would give it to a writer of f****** detective fiction or else some kind of child writer…” in what has been interpreted as a direct jab at blockbuster Scottish authors Ian Rankin and J.K. Rowling.

I’m sympathetic to Kelman that literary or experimental fiction sometimes gets short shrift by wider audiences, but I can’t embrace that sort of literary snobbery that says popular can’t mean good, and genre is somehow not worthy of our time (or our accolades). It simply dismisses far too much fiction – far too much good fiction – that is read and enjoyed by millions of people.

If you have thoughts on this debate, add them in the comments below. Whether you’re sympathetic to Kelman’s comments or not, it does create a good opportunity to explore some Scottish authors – both literary and genre – you may otherwise have missed:

A.L. Kennedy: Twice nominated Granta magazine as one of 20 ‘Best of Young British Novelists’, Kennedy predominantly writes of modern Scottish lives and is known for her frank depictions of both the dark and light sides of human nature as well as an unique use of language. Her most recent novel, Day, was a move away from contemporary stories to a tale of a World War II and won her the Costa Book Award.
Isla Dewar: Dewar’s novels might be called family sagas – focusing on the lives and loves of her primarily female characters. Wives, widows, daughters and friends share in the trials and joys in books by an author who has been suggested for fans of Maeve Binchy.

Denise Mina: Gritty crime novelist who sets her stories primarily in Glasgow. Her writing is part of a genre that has become know as Tartan Noir – basically, Scottish noir stories.

Andrew O’Hagan: another favourite of the book award circuit. O’Hagan is praised for his well drawn characters and his poetic prose. His first novel Our Fathers is a meditation on family, idealism and the death of dreams.

Stuart McBride: Writer of police procedural novels that have been compared to Rankin’s Inspector Rebus and are set in the northern Scottish city of Aberdeen. Cold Granite is the first in a continuing series.
Ali Smith: contemporary fiction writer who has received nominations for several major awards and who won the Whitbread Novel of the year award for her 2005 novel The Accidental.

If you’re interested in Scottish writing you may also want to check out Acid Plaid: New Scottish Writing or Children of Albion Rovers – two collections of “new” Scottish writing that were published in the 1990s. (Oh and the title of this post is a reference to a book of short stories by Kelman.)