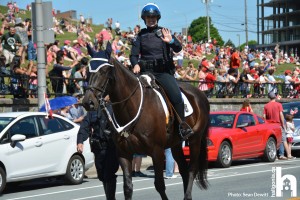 The weather couldn’t have been better as Halifax celebrated Canada’s 149th birthday. 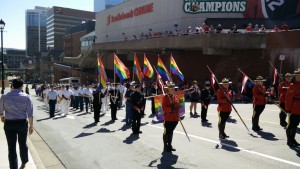 With a free pancake breakfast offered on both sides of the harbour to start the day, and free ferry rides (also accepting food donations) to move people along, the day was off to a great start.  Alderney also hosted a small market for artists. 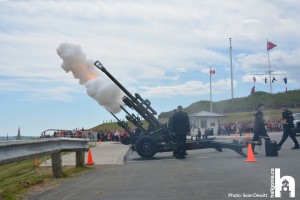 And following tradition, Halifax hosted the NS International Tattoo Parade.  The streets were lined with onlookers of all ages.  This parade also had a special meaning for HRP Cost Porter who lead the parade on Halifax’s newest police horse Valour.  This was his first big parade for the public, and we were told he did very well. 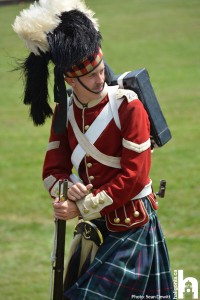 Citadel Hill was open and free to patrons and also hosted a 21 gun salute by 1st Fd / 84th Ind Batt.  Three LG 1 howitzers blasted out over Halifax as the Canadian flag waved in the background. 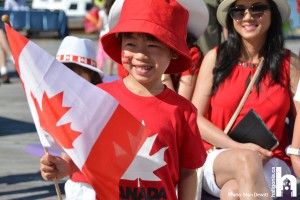 And the night was rounded off by a free concert at Alderney Landing and the harbour firework show.  The concert was packed with fans and saw an increase in security. 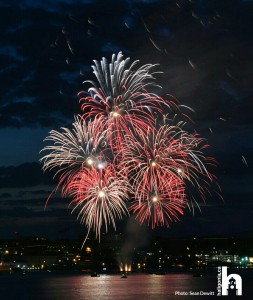 Other communities such as Bedford and Eastern Passage also held events for those who wanted to stay local, and ended with their own fireworks. 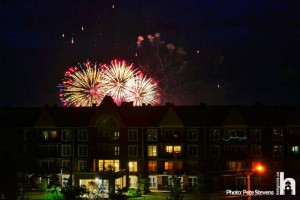 With an announcement made earlier this year, we will be looking at the inclusion of the Tall Ships for our 150th celebration next year, which will be spearheaded by our sailing ambassador The Bluenose II. 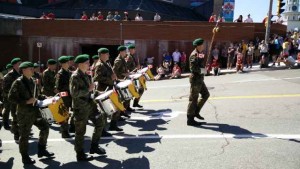 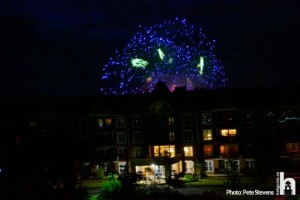