Images can be more powerful than words. I personally can read a violent or gory text and that will affect me far less than anything visual. Graphic novels can be a very different reading experience for someone who is accustomed to text based books only.

The Black Hole by Charles Burns is about middle class teenagers in the suburbs. In this dark, brooding story “The Bug” is a sexually transmitted disease which results in mutation. Some are able to hide their mutation, but others are not and form a community outside of town. The story is told through Chris and Keith who are both victims of this disease. This edgy modern horror story is a metaphor for AIDS and a coming of age story dealing with loneliness and high school alienation.

In Time a reviewer wrote, “In Black Hole Charles Burns has taken the tropes of the teenage horror genre and powerfully brought them back to their roots. Fear of adulthood, fear of sex and fear of ostracization have never been more disturbingly explored in a serio-comic flashback to bellbottoms, big doobies and skinny-dipping in the woods. No Black Hole was ever so scary.”

This style of gross out humour laced with adolescent angst sounds like the perfect blend for a teen audience.

A School Library Journal reviewer described the book as “This accomplished graphic novel is a serious work of artistic and literary merit and is essential for any collection that includes adult graphic novels such as Dan Clowess David Boring (Knopf, 2000), Craig Thompsons Blankets (Top Shelf, 2005), and Gilbert Hernandez’s Palomar (Fantagraphics, 1989).”

It’s probably fair to say that book challenges in libraries involve, more often than not, where a book is placed and who has access to it rather than the removal of the book itself. A letter to School Library Journal complained that their recommendation that this book was appropriate for grades 11 and up was a problem for school libraries as the novel depicted nudity. It raises the question, would this story have been acceptable for a grade 11 audience had words been used to describe the nudity rather than pictures? 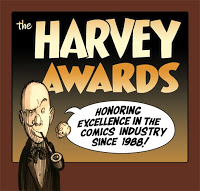 In our collection The Black Hole sits in the adult graphic novel collection.