Happy Muffin Monday! Today is one of only THREE left before Christmas. Can you believe it? Has anyone seen November? I seem to have misplaced it…
After two weeks of being absent from Muffin Monday (sob!), I’ve rejoined the group with this most ridiculously luscious muffin. If the Gingerbread Muffins with Brown Butter Frosting of a few weeks ago teetered on the line between muffin and cupcake, then these Chocolate Brownie Muffins breezed right over it. 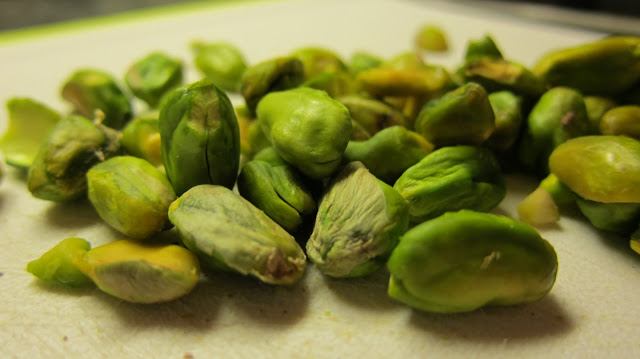 The original recipe called for chocolate chips, chopped pistachios, and Nutella to be added to the batter. Can any treat that involves Nutella be anything short of amazing? I have my doubts!

I could have sworn I had a whole bag of pistachios at home, but learned belatedly that I only had a handful left. Once chopped, they only equated about 1/4 cup and not the 1/2 cup the recipe called for. Considering that they were still in their shells and skins when I got started, and considering how long it took me to rid them of both, I didn’t want to hide my too few pistachios inside the muffins. I really wanted the pistachios to shine, especially knowing how well their pretty, green colour would complement my Christmas muffin cups. 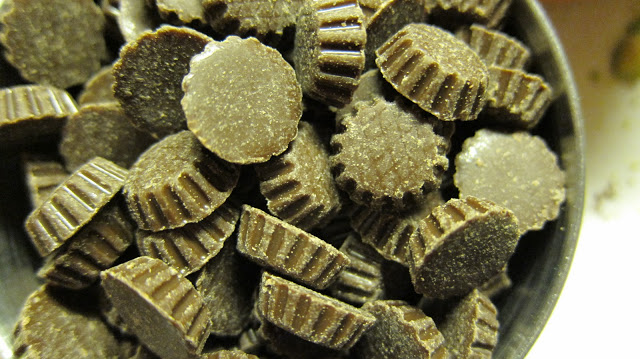 I opted to use these fudgey cups (above) instead of chocolate chips, and then whipped up a bourbon vanilla and cream cheese frosting. (Enough time has passed since I last used cream cheese on my muffins, right? Right?!) I then toasted the chopped pistachios and sprinkled them over top of the frosting. Not only were they oh-so pleasing and festive to the eye, but once bitten into, they offered the most decadent and transcendent mouthful.

Don’t let these muffins sit around, though: they were absolutely perfect the very night I made them. Just 24 hours later and they had started to lose their beautiful, spongey texture. They’re too good to spare along, anyway… so eat up! 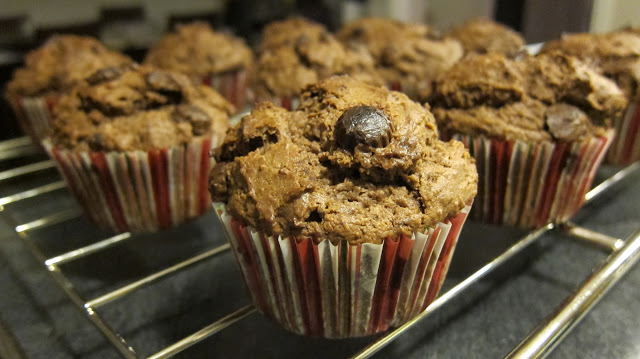 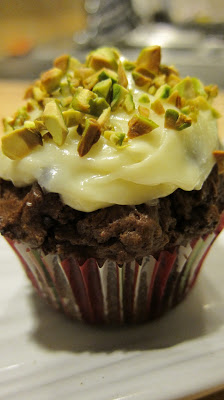 Instructions
Preheat the oven to 400F.
In a large bowl, combine flour, cocoa powder, and sugar.
Add in the butter, Nutella, egg, milk, and sour cream. Gently stir to combine.
Stir in the chocolate chips. Spoon the mixture into a prepared muffin tin.
Bake for 20 – 25 minutes.
Cream together cream cheese and butter until combined. Add vanilla extract. Mix in icing sugar little by little until frosting is smooth and creamy. When muffins have cooled to room temperature (or even when still slightly warm), top with frosting and sprinkle with chopped pistachios. 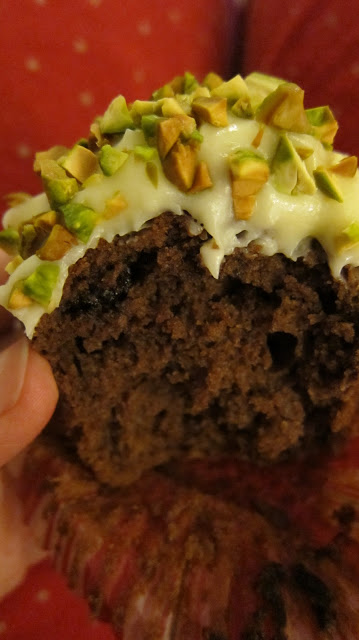 I enjoyed my first muffin of the batch on a cold night, in bed, in my flannel pyjamas. Does it get any better than that?

Muffin Monday is an initiative by Baker Street. A culinary journey of sharing a wickedly delicious muffin recipe every week. Drop in a quick line to join her on her journey to make the world smile and beat glum Monday mornings week after week.