Life has been a little chaotic as of late, with a job change in the works and several events and fundraisers I’ve been involved in coming to a head. It’s been a lot of fun, but it’s been difficult to fit blogging into my new schedule! I’m hoping that’ll change very soon, once I settle into the swing of things and find the time and space to make it all work.

Something I’ve been meaning to share with you for a few weeks now is the play-by-play and the aftermath of my day spent making Panettone. It was quite an event, after all, so I absolutely feel that it deserves two posts!
What do I mean by aftermath? Well, it’s not so much that the recipe had a large yield, but Panettone is so dense and filling that a little goes a long way, especially in a household of two. And what else do you do with an abundance of left-over bread before it goes bad? Thanks to our friend Ron who initially gave me the idea, I found a great recipe for Panettone Bread Pudding on Food Network Canada. 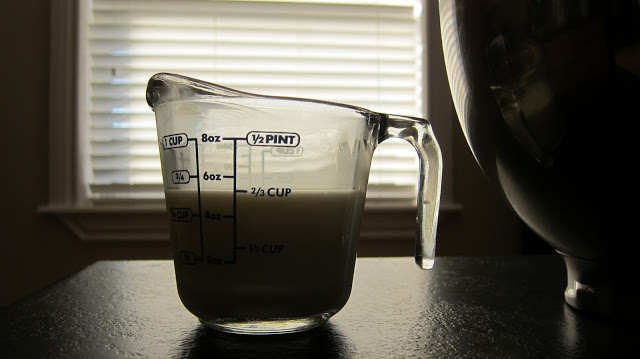 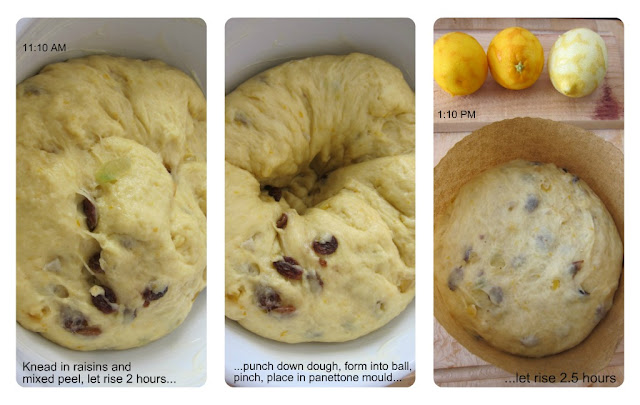 Many of the recipes I found called for a huge amount of leftover panettone; some even called for using the whole loaf! After all that work, I was obviously going to indulge in a (or several) fresh piece(s). Considering I had less than half of the loaf left by the time I made the pudding, the Food Network Canada recipe really hit the spot, calling for only 2 cups of cubed Panettone. I added one medium, chopped apple to the mixture, but otherwise followed their recipe. It was the first, sweet bread pudding I’d had in ages, and it was a wonderful way to enjoy the whole loaf without a single crumb going to waste! 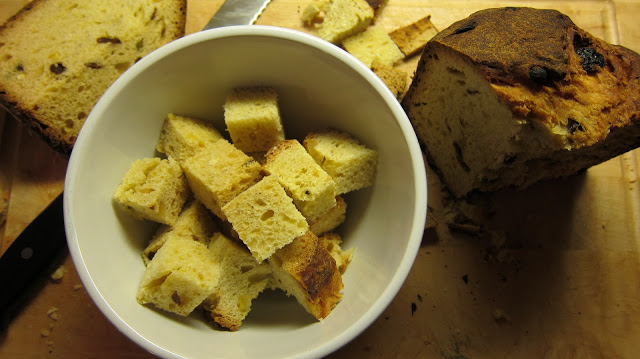 Directions
Preheat oven to 350 degrees F.
Butter a 9 by 13-inch baking dish.
Combine the eggs, cream, milk, vanilla bean, sugar and spices in a large bowl. Put the bread cubes and apple in the buttered baking dish and pour the egg mixture over.
Let bread soak for about ½ hour. Press down on the bread with your hands, so it soaks up the liquid. Bake for about 30 minutes or until golden on top. Dust with confectioner’s sugar and serve.
Alternately, make bread pudding in six 1 cup ramekins. Reduce baking time to 20 to 25 minutes. 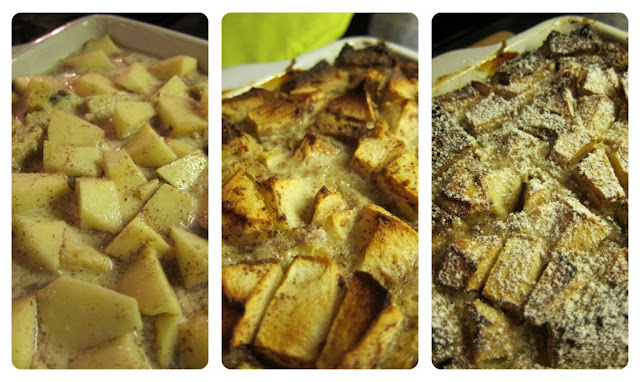 Do you prefer sweet or savoury bread puddings?