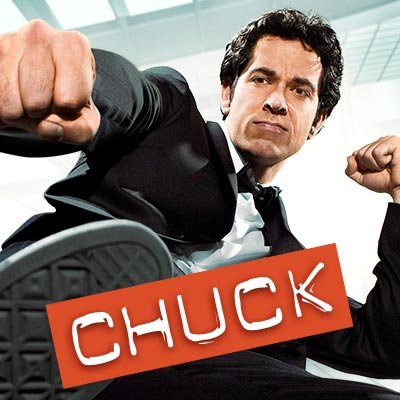 Chuck: A new kind of ring 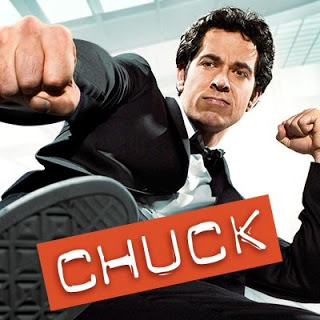 There are a lot of people grumbling around The Internets about how this episode of Chuck could have been better, but I thought it was a really great episode. It was fun. There were a lot of guest stars and returning stars. Morgan had his first Buy More crisis. There was a lot of action. And there was some good old fashioned Chuck/Sarah drama. What more could you ask for?
First comes love, then comes marriage, then comes Chuck & Sarah with a baby carriage?
Sarah was freaking out after Chuck had whispered that maybe Awesome was right, and that marriage and a family could be in their future. Chuck! Why does he always have to move so fast? He just got the girl to unpack her suitcase, how could he possibly think she’d be ready to even mention the B word? Before Sarah had a chance to talk to Chuck about it though, the castle was gifted with two unexpected prisoners – Stone Cold Steve Austin and Nicole Richie.
I actually can’t remember what Steve Austin’s character’s name is, and since I probably wouldn’t use it anyway I don’t care. I simply remember him as Steve Austin, the guy who almost killed Chuck in an airplane once. Nicole Richie, though, is actually one of my favorites. She played Heather, Sarah’s high school nemesis and spy enemy. Heather took a surprising and hilarious interest in Chuck and Sarah’s relationship and threw out a couple of great zingers throughout the episode. The best was “Thanks for that, movie dork. I bet you have, like, a Tron poster in your room.” Yes. Yes he does. The fight scenes, especially the ones inside the vent, were pretty cool.
Buy More Mayhem
If anything fell a little flat this week, it was the Buy More storyline. I would have liked to see more of Casey and this week’s Greta, played by Stacey Kiebler. Instead, she got knocked out almost immediately and Casey ended up getting shot. This will give him some quality time to spend with his daughter, though! I also would have liked to see Jeff and Lester playing more pranks on Morgan. Still, the return of Big Mike was pretty freakin’ amazing. He wants to marry Morgan’s mom and Morgan has made him assistant manager. This is good stuff.
While Morgan and Big Mike were battling angry video game fans Morgan lost Big Mike’s engagement ring. Uh-oh!
The Ring
The ring fell and fell through grates and vents until it landed on the floor in front of Chuck and Sarah. Guys! If you EVER find an engagement ring on the floor and you do not want to propose, DON’T GET DOWN ON ONE KNEE TO PICK IT UP. You will either get your girlfriend all excited and then have to either marry her or break her heart, or you will scare the crap out of her. It’s a lose/lose situation. 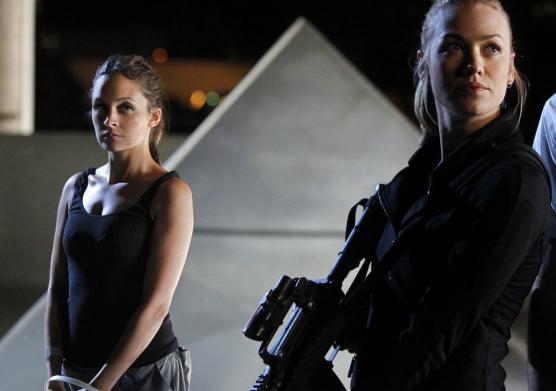 Chuck picking up the ring was a bit of a cliffhanger, but I look forward to seeing him over-analyze the situation next week. As for Heather, she turned out to be an OK girl. She gave Chuck and Sarah information they wanted about “Frost”, Chuck’s mom, without even bargaining for it. The great thing about bringing Nicole Richie back on was that, unlike some other guest stars, she actually moved the plot along. Not only did she provide the information about Chuck’s mom, she also helped stir up some drama when it came to whether Sarah is with Chuck for the long haul or not.
Overall, I thought it was a really strong episode. I’m liking the idea of Morgan and Big Mike running the Buy More together, I want Casey to call his daughter, and I can’t wait to see Chuck freak out over the ring. What did you think?