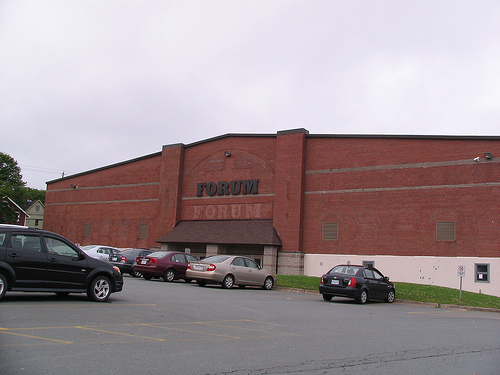 Seventy members of the community turned up at the Halifax Forum Wednesday night for a town hall meeting to voice their opinions on plans for construction of a new large-scale stadium in HRM. The Chronicle-Herald reports that plans for development have not yet been finalized and the project development steering committee wants to seek public input before it gets the green-light.

The general consensus from the meeting seems to be that the public is open to the idea of a new stadium as long as it is cost-sustainable. Coming on the heels of last year's announcement that the 2015 FIFA Women's World Cup will be held in Canada, the proposal for the new stadium comes as part of a bid to host the event in Halifax.

What would a new 10,000-seat stadium mean for our region? With the success of last February's Canada Games do you think Halifax is ready to take it to the next level and host the Women's World Cup? Weigh in and tell us what you think.