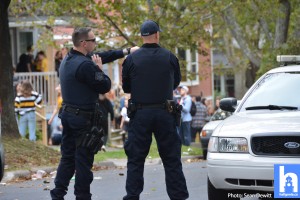 Nearly 100 members of Dal’s surrounding neighbourhoods gathered Tuesday night to discuss the events of the past weekend and strategies to prevent them from happening again in the future.

On Saturday, during the daytime, Halifax Regional Police (HRP) responded to people crowding on and near Jennings Street in Halifax’s South End for unsanctioned, off-campus parties, ones promoted to students through social media and timed to coincide with Dalhousie’s Homecoming weekend. Police made 23 arrests and issued fines as they broke up the events. 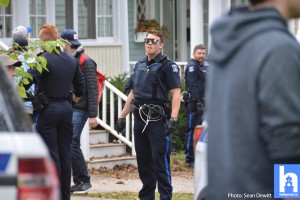 “I’m deeply sorry to you — our community members and our neighbours — for what you experienced this past weekend,” said President Florizone in his introductory remarks. “This was not reflective of our values as a university or representative of the majority of our students. 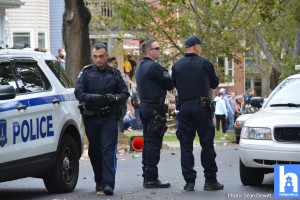 “This behavior was disrespectful to our neighbours and the Dalhousie community; it is also unsafe… these students put themselves and the safety of community members at risk.” 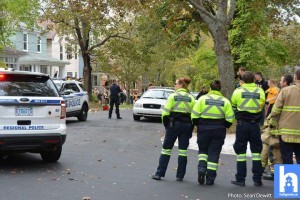 Listening to the community 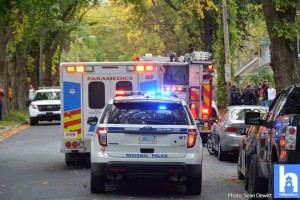 “I don’t think anyone should try and convince themselves that this behaviour was normal,” said Mason. “I’ve lived here for 23 years and I’ve never seen 1,500 people at a party. 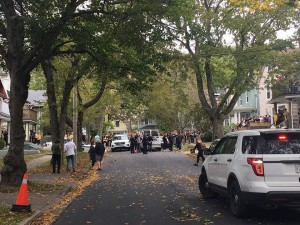 “This is not a student neighbourhood. It’s a mixed neighbourhood… your next-door neighbours are nurses or doctors that have to get up for work in the morning. They’re parents with small children. They’re your professors, they’re your councilor. And we’d appreciate it if you think about us when you’re making your plans.”

Arig al Shaibah, vice-provost student affairs, said that while the university has many programs and supports for addressing issues like alcohol consumption and student wellness and safety, Saturday’s events are an opportunity for the university and its community partners to revisit such issues.

“It gives us a point to pause and think again, speaking with our community and students, getting the right people in the room to think about strategies moving forward,” she said.

Community members in attendance at Tuesday’s meeting — which included neighbours and several students — took turns at the microphone sharing ideas, issues and concerns about the weekend’s activities and broader topics involving students, landlords, noise and other related issue.

In addition to verbal comments, many others shared ideas on paper, with the university committing to documenting all that was shared and reporting back to the community on next steps.

“Dalhousie is committed to being a good neighbor, and we have the same expectations of our students,” said President Florizone. “We’re a university with residential neighbourhoods in close proximity, and all members of our university must be mindful of that.”