Last Christmas, Gavin – my then 2, almost 3-year-old, found a LEGO Duplo Batman set under the tree with his name on it. When it was time to open the box and play with his new toy, I noticed that Gavin’s older brother Cameron, 4-years-old at the time, was eager to help. So, I handed him the instructions and tasked him with building the LEGO set for his little brother. By himself. 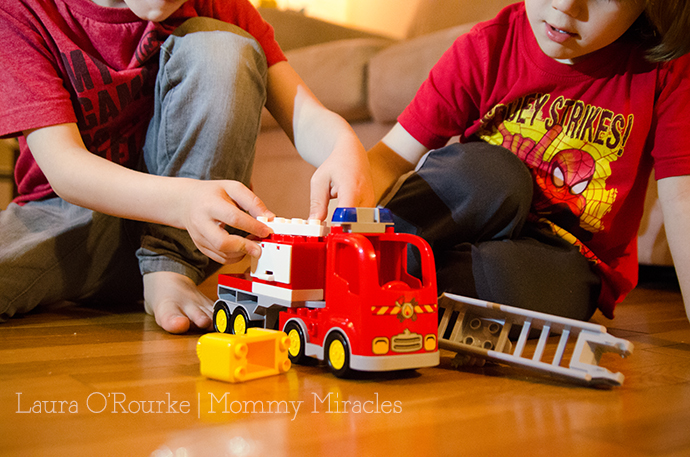 I had very little experience with LEGO as a child, but as I gave birth to one, then two, then three boys, I realized that at some point while mothering these children, I would need to figure out these building blocks. As a child, I would watch other children put together LEGO with such skill and craftsmanship and I would feel like I could only make a boring tower in comparison. As such, relating to my boys was a very real (though unfounded) concern of mine, and thinking about having to build LEGO with them was just another proof that I would probably be a terrible mother.

That day as Cameron followed the instructions to build his brother’s LEGO Duplo set, I was just so proud. I saw a side of my son that I hadn’t seen before. I knew he was bright, but there he was, following directions, problem solving, helping his brother, and finding joy in creating something. It was as if I was watching his mind working right in front of me and I couldn’t look away. 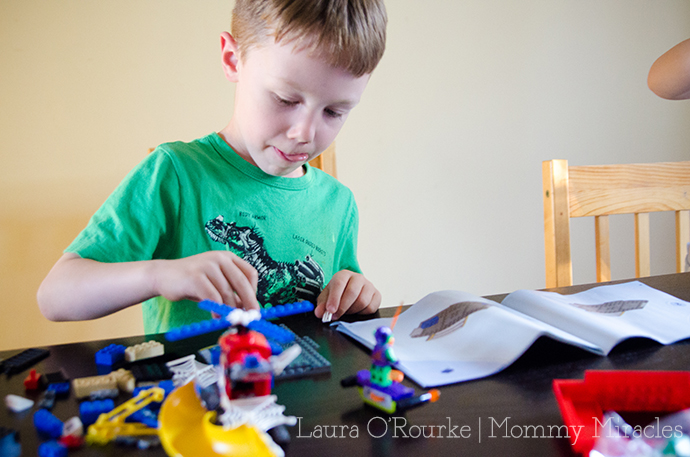 This meticulous creativity thing Cameron has going on is something that I can relate to. My husband can’t bake to save his life because he can’t (won’t?) follow a recipe. He rushes through steps and doesn’t measure and is quick to substitute. But I double check recipes. I spend hours before publishing a blog post to make sure that the photos are edited and placed perfectly. I do things slowly in an attempt to do things right. And I think I do things slowly and carefully because I really just love the process of creating.

Cameron’s new teacher asked us to fill out a questionnaire about his learning habits. I admitted that Cameron will take the lazy path if that one is available to him. While he can write “Cameron” he will sign his name “Cam” and it isn’t because he has a preference about what he likes to be called. But when something has an attainable outcome, Cameron will try to do it right and do it best. As we’re practicing his sight-words right now, he tries so hard to read them because he recognizes it as an accomplishment. With the LEGO instructions, he knows that there is a cool finished product that is doable and in reach. So he does it. 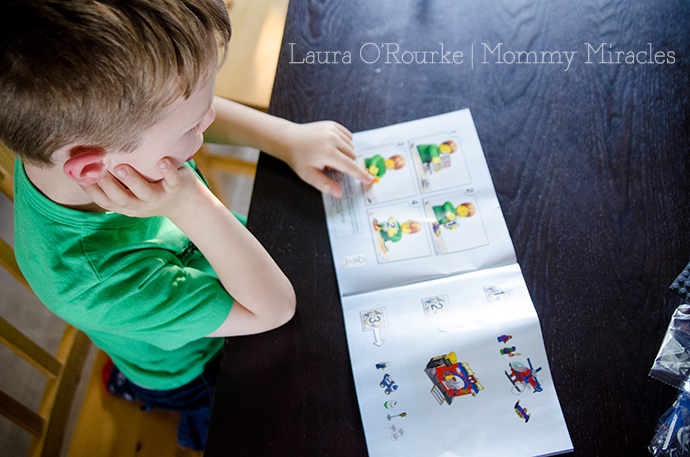 Parenthood has made me realize that there is a whole world of education that doesn’t happen in a workbook or a classroom. My husband has recently started playing a card game with Cameron that Cam sees as purely fun. But, while playing, Cameron has to do math, adding and subtracting and counting by 10s. By playing with his son, my husband finds so much joy in not only the time spent together and experiencing Cameron’s excitement, but also in watching our oldest boy think and learn. 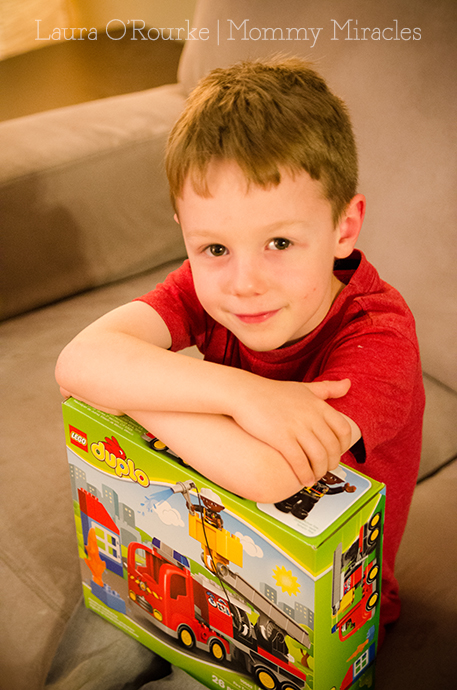 Dan and Cameron might have the card game, but Cameron and I have LEGO. I don’t need to have experience building intricate Lego scenes to be involved in this part of my son’s life. My own meticulous creativity gives me the patience to sit and work through the instructions with Cameron, especially as he begins building sets that are a bit harder, like the LEGO Juniors. And actually, I’m realizing that I don’t need to sit and do LEGO with Cameron to experience this part of mothering him. Now that Cameron can take ownership of each LEGO set, I am left to feel the joy that comes in watching my two older boys, now 5 and 3, working together to build and play with their LEGO sets together. This is the fun part.

This post has been brought to you in thanks to the generosity of JimJam Communications. As always, all opinions expressed are my own and I’m thrilled to share with you why Lego is such a big part of my kids’ childhood.

The post Connecting: How a Toy Brought Me Closer to my Son appeared first on Mommy Miracles.

Connecting: How A Toy Brought Me Closer To My Son
https://haligonia.ca/connecting-how-a-toy-brought-me-closer-to-my-son-2-124026/