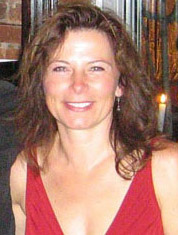 UPDATE : Canadian Government Scandal.  Lil Macpherson of the Wooden Monkey takes a few minutes to drop us a line during her visit to Copenhagen Denmark during the United Nations Climate Change Conference.

(Copenhagen, Denmark)  Cabinet documents unveiled tonight show that
Environment Minister Jim Prentice¹s planned cap-and-trade system is so weak
that the federal government clearly has no intention of meeting its 2020
emissions target, according to Climate Action Network­Réseau action climat
Canada. The documents were described in a CBC news story and have been
analyzed by members of the Climate Action Network.

The documents reveal that the Government of Canada is contemplating an
approach to regulating emissions from the oil and gas, manufacturing and
mining sectors that is more than three times weaker than their 2008. Turning
the Corner plan.

The government is lying to Canadians, Parliament and the world,² said
Steven Guilbeault of Équiterre. ³These leaked documents show that Canada¹s
government has chosen expanding the tar sands over protecting our climate.
Canada is negotiating in bad faith in Copenhagen by calling on poor
countries to do more while it is secretly planning to do less.

Under Turning the Corner, oil and gas producers would have been required
to reduce their annual emissions by 48 million tonnes (Mt) in 2020, relative
to business as usual; the new approach requires just 15 Mt of reductions
below business-as-usual in 2020.

This secret plan is a scandal. These documents reveal that the emissions
target that Canada is presenting in Copenhagen ‹ weak as it is ‹ is a sham,²
said Graham Saul, Climate Action Network­Réseau action climat Canada.
³Minister Prentice needs to stop lying to negotiators from other countries
and admit that he has no intention of fulfilling his commitment.²

These documents reveal a detailed plan to allow massive emissions growth
from Canada¹s oil producers,² said Matthew Bramley of the Pembina Institute.
³Because of their high emissions and rapid growth, the litmus test of any
Canadian cap-and-trade proposal is the way it treats the oil sands. The plan
outlined in these documents fails that test spectacularly.²

The leaked documents reveal plans for a number of measures that further
undermine Canada¹s cap-and-trade proposal. For example, firms would be
allowed to meet their targets by making payments into a technology fund
instead of actually reducing emissions. The government also plans to give
emission allowances to firms free of charge instead of selling them in an
auction.

Measures like these mean that the Canadian proposal is far weaker than the
U.S. approach passed by the House of Representatives in June ‹ in contrast
to Minister Prentice¹s claims of ³harmonizing² Canada¹s policies with the
U.S..

I am in Green wonderland!  Eco-Heaven. This city is really something. Beautiful, happy and clean. I am seeing our future, we can have this too!

I have not be in to the Cop 15 yet and will try again tomorrow. they registered 35,000 pp for Observer Status (me being one) but they can only allow 15,000 in! Big problem, the line ups are bad, they have head of state standing in line.

But there is so much going on with "side events" that is where a lot of business is happening. I was at the Bright Green Exhibition today and NS was the Canadian attraction.  I am just amazed at the technology being displayed!  Amazing clean energy, greening your city, your business, water, air, eco-friendly cars, bio energy, tons of wind companies, you name it and the best from all over the world. The CEO’s are in the booths, making deals, selling their technology everywhere.. It’s wonderful and great for the green economy.  If you are going to make money why not make it and save the planet too, sounds good to me. The brightest minds are here for sure, helping with our Climate Crisis.

Al Gore is coming too, and I hope to hear him again.

Oh my so much to tell, I have seen solar powered garbage cans, a giant earth globe in city square playing messages from all around the world. a solid ice sculpture of a polar bear that is melting, leaving a skelton only. (The weird thing is it’s melting faster then they expected due to abnormal warm weather..duh!) Oh this city is alive with hope, I am alive with hope. Demonstrations EVERYWHERE!

The youth are loud here!  I am proud of them, almost makes you tear up to see them fighting hard to save their future. They will be the heroes of tomorrow, but we NEED TO plant the foundations they so deserve! Shame on us to leave it to them.

The goal is to involve and engage the entire population of the world in the climate change debate.  It’s not just the heads of state who carry an enormous responsibility to improve the global climate in the future; the responsibility also lies with the individual person and the individual city.  We must all hope for a greener world.  They are not afraid to get loud and fight for change.  We Canadians are way too quiet!! Shame really we need to change this somehow? It’s like we are too lazy and can’t be bothered to save ourselves? We need to educate the people, sell them happiness. Being a greener world is a happier and healthier world for us all, but we need to get off our butts and make the changes in our homes and life…TODAY, not TOMORROW.

This is why Copenhagen has become Hopenhagen for the month of Dec – a city of hope.

Oh by the way, they give a dirty fossil award out everyday, Canada has won 2 days in a row! Not a proud moment for Canada.  But Nova Scotia is really making a mark, we are doing some great projects here and they are impressed! WE will lead the country.

On Wednesday the WWF are having an earth hour in down town city hall! Lights out on City hall square, now that should be something!

We want to come back and "Copenhagen" Halifax, we can do this!

PS: The food at the conference is 60% organic! I ate at a restaurant today that was %100 Organic! fantastic!!!!