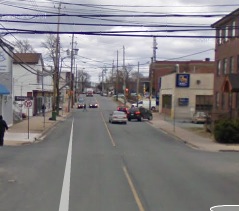 Police are treating the death of a man last night in Halifax as a homicide.

Police were called to 7051 Abbott Drive at 10:02 p.m. after a 44-year-old Halifax man, suffering from multiple wounds, was found lying on the ground. The man was taken to hospital where he was pronounced dead. There is an apparent bullet hole through the side door of the residence but it is unclear how it relates to this incident. An autopsy will be conducted to determine the cause of death however police are treating this matter as a homicide.

Anyone with information about this incident is asked to contact Halifax Regional Police at 490-5016 or anonymously through Crime Stoppers at 1-800-222-TIPS (8477) or online at www.crimestoppers.ns.ca.

At approximately 2200 hrs a passerby noted a male outside the sidewalk of a residence in the west end of Halifax. The male who appeared to be partially clad and wounded. Police and EHS attended. Male had wounds on head, arms and abdomen.  The 44 year old was taken to QE2, worked on by paramedics en route  but was pronounced dead shortly after arrival. A check of residence exterior revealed a bullet hole through the side door into the residence. Major Crime and Identification were called out to investigate.

At approximately 0120 hours two males got into a altercation in the washroom of a commercial establishment on Agricola St. One male initiated the fight using his fists, however, the second male struck the victim with a beer bottle causing him to have lacerations on his forearm and his head, both which required stitches. This male will face assault charges.