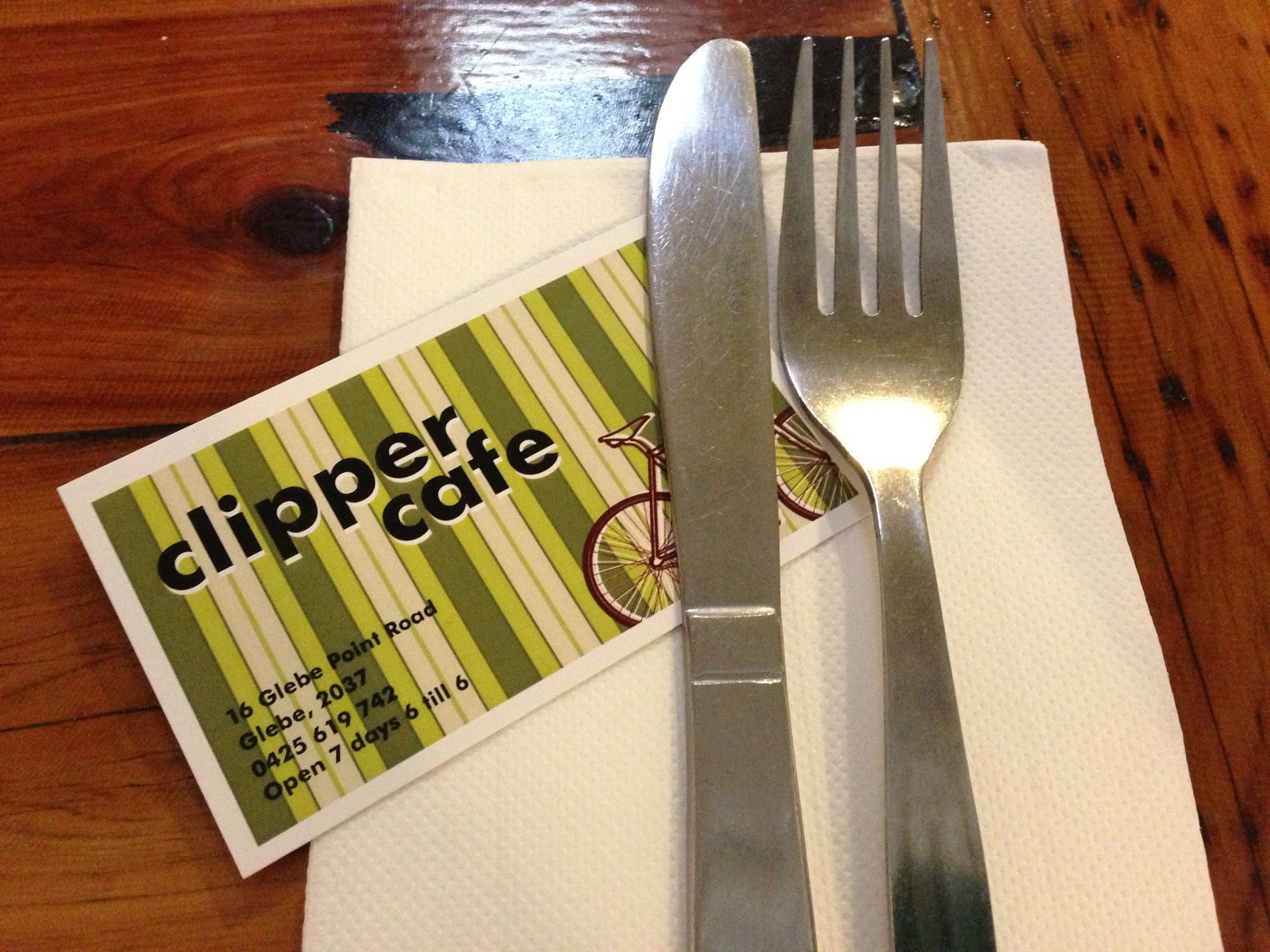 Countless options for bfast at the Clipper Cafe

Last week, I met my friend Margaret for brunch in Glebe. Margaret is a pal that I ‘borrowed’ from my sister – they met in Manhattan. Actually, Margaret is the wife that my sister ‘borrowed’ from her boyfriend’s best friend.  Keep up people!  Anyhow, luckily for me, M now lives in Sydney as opposed to Manhattan, so I get to meet her sporadically to catch up; talk about life, food, fun and how much we both miss my sister.

Since we met up in her ‘hood (Newtown) the last time, we decided to reunite in Glebe on this sunny Tuesday am.  We decided to go to the Clipper Cafe because: a) my gal pal Christine works there, and b) I wanted to introduce Mags to the amazingness that is La Banette.

When I arrived, M was already waiting patiently with her latte in hand, so we set about ordering some bfast.  Having already poured over many of Sydney’s food blogs at images, I decided on the baked eggs Napoli while M decided on a panini sambo. 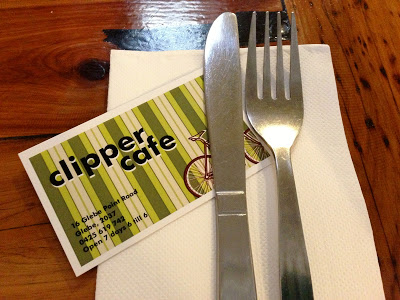 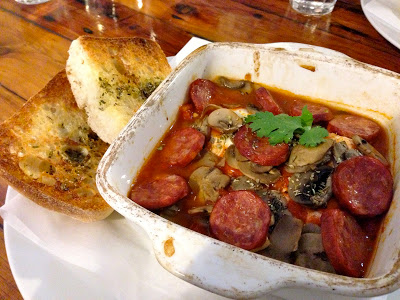 Sadly my gal Christine wasn’t at work, however, one of her colleagues assisted me with my dilemma: Instead of having to choose between Chorizo and mushroom (pancetta was the other option), she suggested that I have 1/2 and 1/2!  And she didn’t charge me extra either.    But seriously; this was such a fantastic dish – and such a creative one too.  The poached eggs (which were a little runny for my taste) were nestled deep within the tomato sauce, topped with a pile of the piquant sausage and tender ‘shrooms.  There were even bits of halloomi cheese scattered about.  In all honesty, I haven’t eaten this much in one sitting in a long time, but it was just so good – and not something I was going to get packed up as a takeaway.  And, who doesn’t love to mop up the tomato sauce left at the finish? 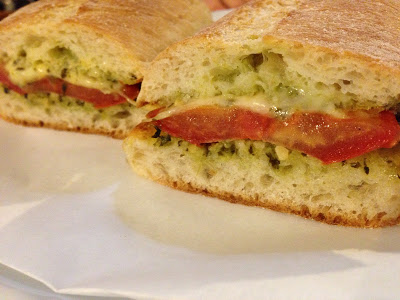 I didn’t try M’s sambo (I had enough to deal with), but she did rave about the quality.  Looked delish, as did the Prosciutto, mushroom and Brie option.

And once we were finished, I took M over to La Banette where we ooo’d and aww’d over the precious baked goods.  Naught was had however – were were both ready to roll down GPR at this point after our uber satisfying and well-priced bfast at Clipper.  Return visits are soon to happen too, as ther were so many tantalizing options on that menu board. I should note too, that many of the items were vegetarian friendly.