I was pretty excited to see my bestie when she visited me in Sydney last week.  She was in town on a conference, and we ended up having some great meals (and drinks) together.  Once such night was the one we went to Bar Reggio, a little Italian BYO in my work hood.  The boys in the office are quite familiar with the restos in this area, and when I asked if there was a good spot for BYO, they said that this was one of their favourites.   There would be quite the line up on a Friday night however, and they only take resos for large groups, so I headed over right after work to put my name down for a table for two.  The gyuy at the door said it would be 9pm for a table for two…it was 7:15.

Once M joined me, we set off to the bottleshop and picked up a couple bottles of wine. Of course, having already scanned the menu we knew that we would be having mussels and picked up a nice Riesling counteract the chili in the tomato sauce. In the meantime, while we waited for 9pm, we headed over to   Pocket Bar; a super cool little bar in Darlinghurst. PB was a great discovery, and I’ve been back to it several times since; with a funky interior and some serious cocktails, it’s a great spot to catch up with friends. 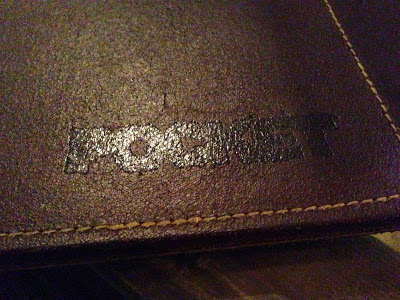 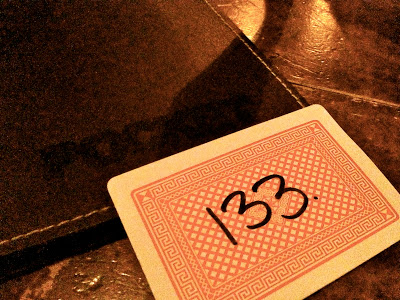 When we got back to Bar Reggio there was still a serious wait, but it was well worth it.  The aromas wafting from the resto were intoxicating and quintessential for an Italian resto: sweet tomato sauce; yeasty bread dough and greasy cheese.  While we stood in the doorway, we watched one of the kitchen guys top a beautiful flatbread with a vibrant blend of fresh tomato and herbs – the bruschetta – which we ended up ordering as well. 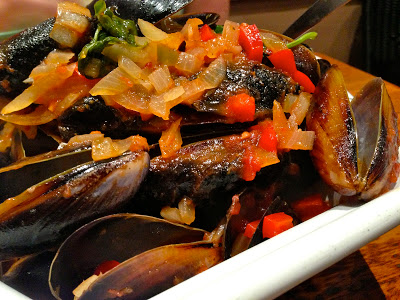 We were really pleased with the mussels.  Both M and I grew up in the Atlantic provinces in Canada, so seafood is very important to us, and we’re pretty particular.  These suckers were fresh, plump and flavourful – and a generous serving too.  The sauce was certainly more-ish.  I found myself enjoying that to the same extent as I did the shellfish.  Unfortunately, by the time we got our bruschetta, the tomato topping wasn’t quite as generous, but it was still delicious.  In fact, we ended up saving the broth from our muscles and spooning the bits of red pepper, tomato and onion onto the bruschetta base.  That was my idea.  I’m a genius.

Later in the week, we headed over to Cockle Bay in search of some oysters.  We ended up at I’m Angus Steakhouse at a table overlooking the boardwalk.  In that heat, a refreshing bevy was needed, and what better than a gin and tonic. As a side note – my favourite bevvy to beat the heat at home in Sydney is a tall glass of tonic water with a good squeeze of lemon and a generous handful of mint from the garden. 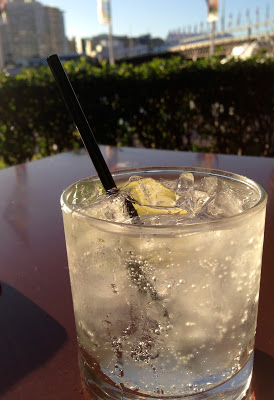 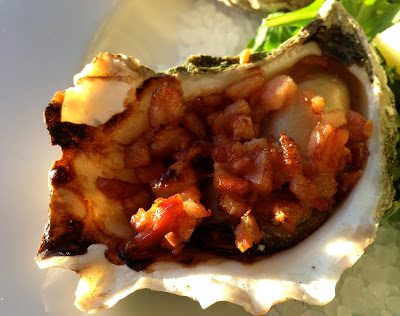 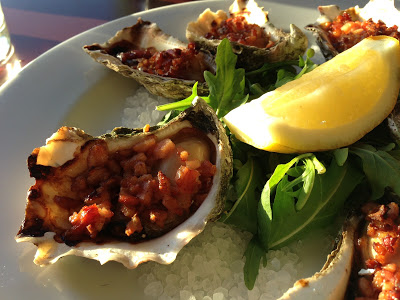 We ordered some oysters as a little snack before heading to the grocery store to get some ingredients for dinner.  We got 1/2 a dozen, and after debating over Natural and Killpatrick for a good while, we chose the Killpatrick; a topping of bacon and Worcestershire sauce.  The price wasn’t too bad for oysters – especially in such a ‘touristy’ location.  They were Sydney Rock Oysters and the quality of the shellfish was top notch.  Beautiful oysters topped mysterious Worsh. sauce and salty bacon – we were some pretty happy gals.

The following am, I took a stroll over to the Botanical Gardens as my friend had mentioned that the rose garden was in full bloom.  My iPhone was full of flower shots afterward, but these are some of my faves. 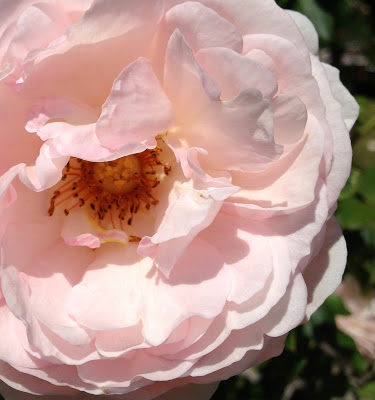 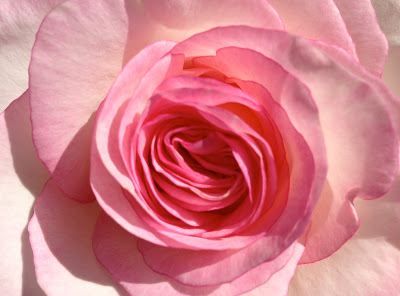 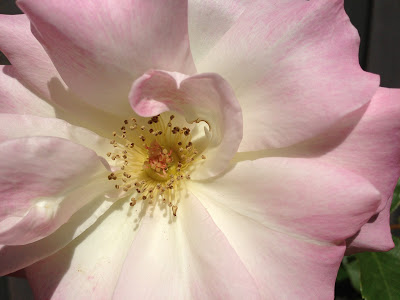