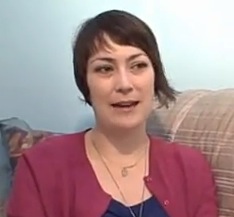 Emily Rideout is a fourth year student at Dalhousie University, studying environmental science and international development. This year she is representing Sierra Club Atlantic at the climate change negotiations in Copenhagen. She is active with Sustain Dal and has led demonstrations on campus for the past six weeks to raise awareness of the upcoming negotiations. With the help of Dalhousie fundraisers and donations from friends and family, Rideout will be leaving for Copenhagen on Dec. 6.