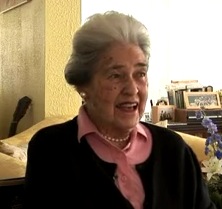 Mrs. Janet Piers was three years old when she witnessed the window in her house explode minutes after her father walked past it. Recorded in June of this year, she tells a compelling story of thinking Halifax was under attack (WWI) the day of the Halifax Explosion. A razor sharp memory.  Haligonia reporter Liam Paul also talked to folks on the street about the anniversary of the explosion today for their thoughts.