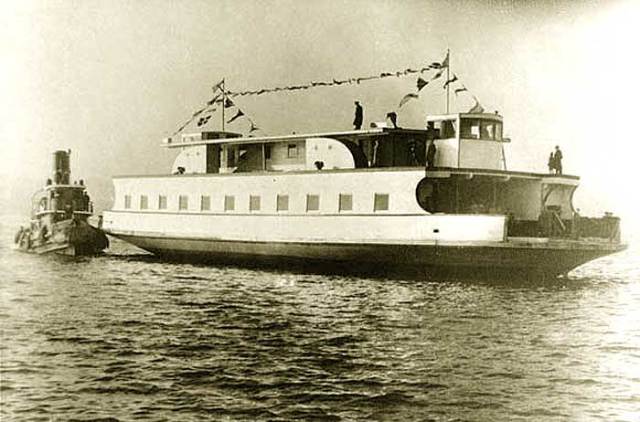 Natural Resources has a site that explores some of the features of Halifax Harbour. One of those features is the wreck of the Ferry Governor Cornwallis. 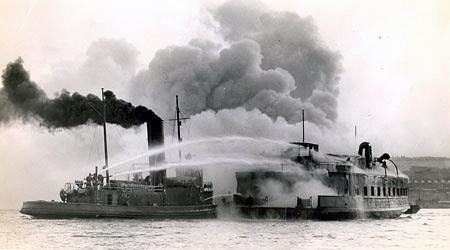 The ferry was built by Dartmouth shipbuilder Hugh D. Weagle for $93,551 and opened to the public December 6, 1942. It was the first Diesel Powered ferry used in Halifax Harbour. The ships log book showed many mechanical problems, and on December 22, 1944 a fire was discovered in the ceiling of the engine room. passengers were let off in Dartmouth, and the ferry was towed and beached on Georges island to Burn. She sunk, and slid into deep water. It was concluded that the fire was caused by poor installation of the heating furnace’s smoke pipe. 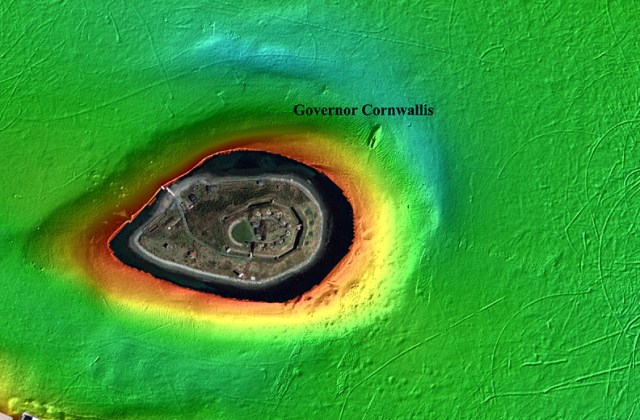 You can clearly see the wreck off the south west corner of Georges Island. NRCan Also offers the Side Scan image below. 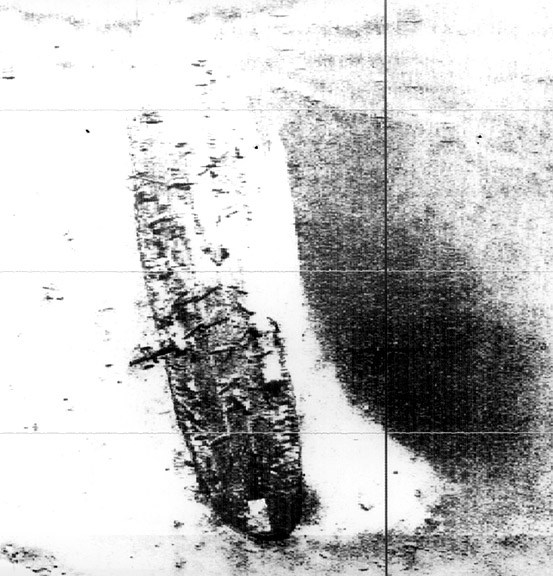