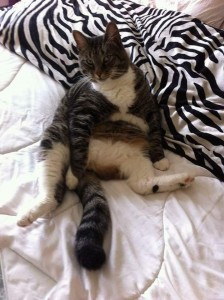 Colleen Daly has made a plea and cautionary tale on Facebook after her cat went missing off her secluded North End Dartmouth address Friday morning. 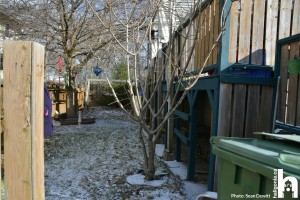 Colleen says her adopted cat,  a brown tabby named Titus,  was enjoying some fresh air in her private yard as he has done so many times before. When she looked out her window,  she noticed a woman in purple wandering out of her driveway,  carrying a blanket. She thought nothing of it as one of her neighbours dresses similar. Her neighbour has a small dog,  so Colleen thought maybe she was carrying  her dog in the cold. 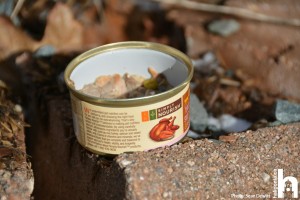 But Colleen became concerned after running some items to her garbage bin. First,  an open can of catfood was placed just outside of the gate,  which she did not put there. And Titus was no longer in her yard.  Colleen immediately set out to try to find the woman in purple,  suspecting that she was a stranger who came into her yard,  and may be responsible for Titus’ sudden disappearance. Later,  she was able to verify that her neighbour was not in the area at this time.  Colleen later called 311 to report her cat as missing and filed a report to HRP. 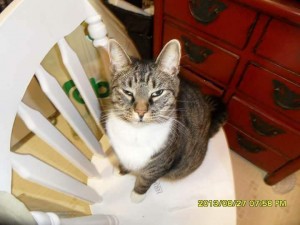 Titus was adopted from Bide Awhile and has been a friend to her since he was a kitten,  about 4 years now.  She is hoping that through social media and word of mouth to be reunited with Titus and that he is safe at this time.