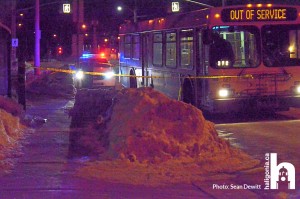 The suspicious death that occurred last night in Clayton Park has been ruled a homicide.

At about 10:13 p.m. on January 21, Halifax Regional Police responded to an unknown trouble call in an apartment building at 10 Harlington Crescent. Officers located a deceased man in a hallway. A short time later, a 20-year-old man was taken into custody near a Halifax Transit bus stop on Willett Street in relation to the investigation. The man was transported to hospital for treatment of what were described as life-threatening injuries.

Based on an autopsy conducted this afternoon by the Medical Examiner’s Office, the death of the 58-year-old Halifax man has been ruled a homicide. The victim’s name is being withheld pending next of kin notification. At this time, the 20-year-old male suspect remains in police custody at the hospital.

Investigators in the Homicide Unit of the Integrated Criminal Investigation Division are continuing to investigate the death. They are seeking the public’s assistance and are asking anyone with information on the incident, particularly anyone who may have seen the 20-year-old man fleeing the apartment building, to call 902-490-5016. Anonymous tips can be sent to Crime Stoppers by calling toll-free 1-800-222-TIPS (8477), submitting a secure web tip at www.crimestoppers.ns.ca or texting a tip – Tip 202 + your message to 274637. 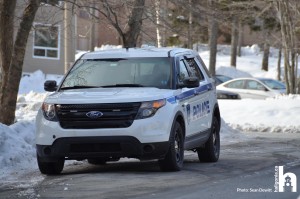