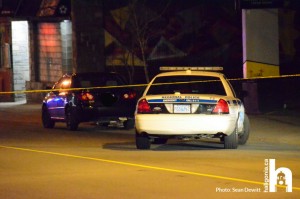 The death that occurred Tuesday evening in Halifax has been ruled a homicide.

At 10:58 p.m. on April 19, Halifax Regional Police responded to the 2000 block of Gottingen Street in relation to multiple calls of shots fired. Upon arrival, officers encountered two men in a vehicle. Emergency Health Services were immediately called to attend to injuries they had sustained. A 23-year-old-man from Dartmouth was pronounced deceased at the scene. A 31-year-old-man originally from Halifax was transported to the hospital with life-threatening injuries. Investigators have since been advised that his condition has improved but they have been unable to speak with him about the incident. 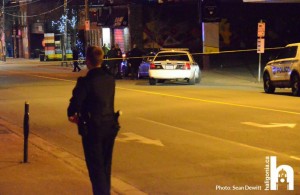 Based on yesterday’s autopsy, the Medical Examiner has officially ruled the death a homicide and identified the victim as 23-year-old Naricho Clayton of Dartmouth. Our thoughts are with his family and friends in the wake of this tragedy.

The investigation, led by the Homicide Unit of the Integrated Criminal Investigation Division, is ongoing. Investigators have identified a suspect and are currently looking for him. They are also exploring the possibility that someone may have helped the suspect after the shooting, whether knowingly or unknowingly. Anyone with information about this incident is asked to call 902-490-5016. Anonymous tips can be sent to Crime Stoppers by calling toll-free 1-800-222-TIPS (8477), submitting a secure web tip at www.crimestoppers.ns.ca or texting a tip – Tip 202 + your message to 274637. 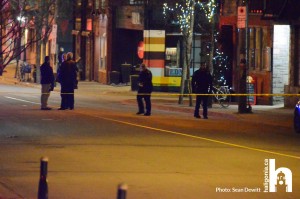