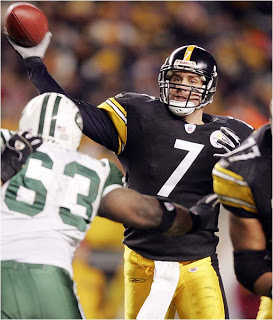 Ben Roethlisberger and the Steelers will host the Jets at 7:00 Atlantic on Sunday.