Last weekend, a friend and I were sharing some wine at my place when our tummies started to rumble. Since it's now officially winter in Halifax, we were not enthused to leave the apartment, let alone go very far. So we decided on Henry House, which is practically in my backyard.
Upon arriving in this warm, chatter-filled squaty resto, we found a minuscule piece of real estate on which to park ourselves – practically on top of our neighbouring male diners, but they didn't seem to mind.
As is often the case during the winter months, I was craving a warm bowl of soup, and my friend was in the mood for something spicy to heat things up. Cheese ended up running the show, and we both got exactly what we were looking for.
My friend ordered the tasty (and inexpensive at about $8+HST) chicken quesadilla. The tortilla came filled with cheese, chicken, tomatoes and onions and was served with some thick sour cream and a piquant salsa. On the side, a mixed greens salad with a zesty balsamic-based vinaigrette freshened things up.
Chicken Quesadilla 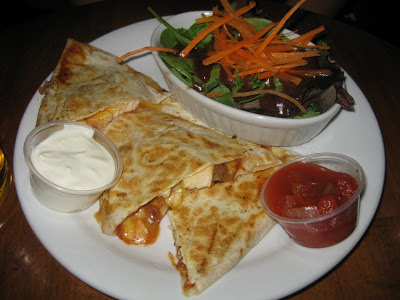 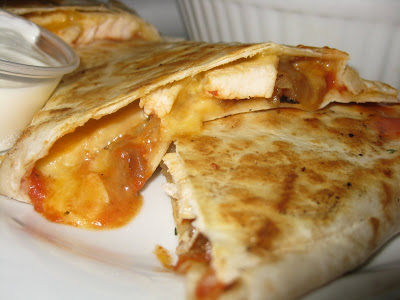 I ended up with a bowl of Henry House's French Onion Soup. I think melted, ooey gooey cheese just might be one of my favorite foods. The soup was warm and savoury; it filled the void that had taken up residence in my belly since lunchtime. Between the earthy broth, the melt-in-your mouth, soup soaked bread chunks and the lightly-broiled cheese cap, I was glad to have ventured out of my little nest, into the frigid cold and into this inviting home away from home. 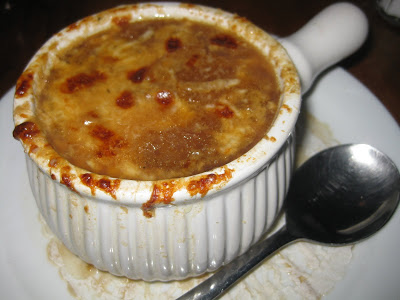 Just like a 'home cooked meal' at Henry House
https://haligonia.ca/just-like-a-home-cooked-meal-at-henry-house-31872/