Home / Archives / With Bite / Treats from Two If By Sea 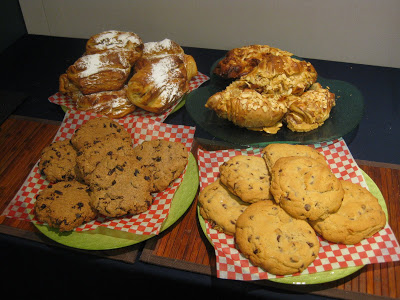 Treats from Two If By Sea

Share
A little while ago, my boss celebrated her birthday. If you follow me on Twitter, you might see my tweets describing staff birthday celebrations; Nacho Nacho Day, potato chip buffets, sundae bars, ice cream cakes, etc… If you haven’t yet picked up on it, birthdays are a BIG deal in our office.
Anyhow, for this birthday, the bday girl was quite interested in trying out Two if By Sea, a bakery in Dartmouth that she had heard much about. Well, she had no idea what was in store for her! Some of us are well acquainted with this much-loved bakery’s gigantor-sized buttery baked goods, but to have an assortment such as this enter our office space was slightly overwhelming!
To say that there were a few ‘split-sy’s‘ is an understatement. Generally though, I prefer to relish TIBS baked goods that way; I get one treat, my friend gets another and we trade halves! The process sorta worked in the office as well as we set out a big knife so the staff could slice and dice their way to flaky pastry heaven!
The spread for the whole office….
(aka, a million lbs. of butter)

Pain au Chocolat
(Chocolate Croissant)
OMG– I’ve been seduced by a baked good! Well, not really…but almost! A lovely balance of soft pastry and luscious chocolate makes this the ultimate treat (and likely the most sought after) at TIBS! 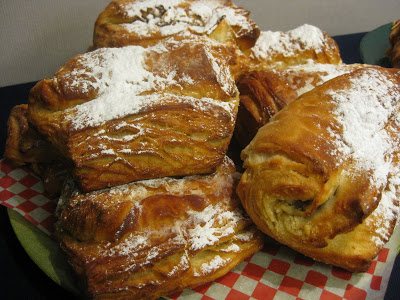 Almond Croissant
As much as I love a good pain au chocolat, I often find that they overshadow the sweet, light, heavenly goodness of the almond croissant. I tend to lean to this side of the croissant choice. Although I love chocolate, there’s just something about this croissant’s understated simplicity that draws me in. 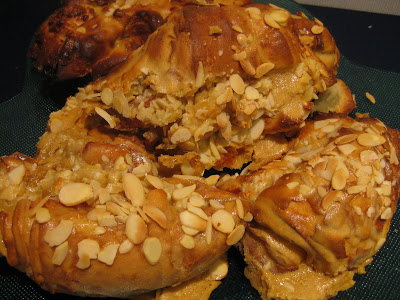 The best Chocolate Chip Cookies ever!
Sigh…I wish I could get a hold of this cookie dough! I know I’m not alone either! These yummy cookies are the best in town; dense, chewy and with just the right amount of chocolate chips. They pass the bake test too, as the next day (clearly there were leftovers) they are just as good – not having submitted to the hockey puck consistency as so many other cookies often do. 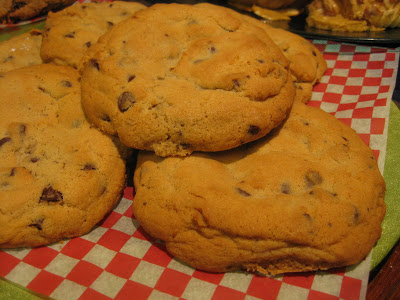 The best Oatmeal Raisin Cookies ever!
I’m not normally a huge fan of oatmeal raisin, but these babies have the perfect balance of oatmeal, raisin, cinnamon and butter, making them rich, chewy and spicy-sweet! 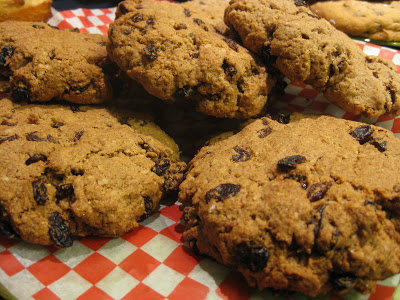