“Once in a very long time, a book comes along that resonates and sings with heart. It’s characters so real you want to touch them, hug them. Their peril so well told you are filled with fear as you are a mere observer of their adventure. You find yourself holding your breath as you read the last pages of the story for all could be lost or won in the confines of this bound paper. And when it is over you wish you could read it all for the first time, again. That is how good this book is.” —Crimespree Magazine

“A year has passed since Lucy Darby’s sudden and unexpected death, leaving her husband David and son Whitley to mend the gaping hole in their lives and carry on. David, a trauma-site cleanup technician, spends his nights expunging the violent remains of strangers, opting to help others move on with their lives while he is unable to do the same. Whitley-a social pariah known simply as The Kid-hasn’t spoken for the better part of a year. Instead, he communicates through a growing collection of notebooks, living in a safer world of his own silent imagining. As the impending arrival of Y2K casts a shadow of uncertainty around them, their own precarious reality begins to implode. ” – Publisher
Second Place:
Turn of Mind (M)
by Alice LaPlante

“*Starred Review* Part literary novel, part thriller, LaPlante’s haunting first novel traces the deterioration of orthopedic surgeon Jennifer White, who at 64 is suffering severe dementia due to Alzheimer’s disease. Told entirely from her viewpoint, this is an often startling portrait of a fiercely intelligent woman struggling mightily to hold on to her sense of self. As her lucidity waxes and wanes, her dire circumstances increasingly come to light. Her husband has recently died, and she lives with a caretaker in her handsome house on Chicago’s North Side. She has two children who seem to be battling over her money. Most distressing, her best friend, Amanda O’Toole, has just been murdered, her body found in her home with four fingers surgically removed. Now the police consider Jennifer a person of interest, and even Jennifer herself does not know whether she killed Amanda. It appears their friendship was a difficult one, marred by frequent arguments, and Jennifer’s seemingly happy marriage was full of secrets and betrayal, all of which Amanda seemed to know about.

This masterfully written debut is fascinating on so many levels, from its poignant and inventive depiction of a harrowing illness to its knowing portrayal of the dark complexities of friendship and marriage.” – Booklist
Third Place:
Volt: stories (M)
by Alan Heathcock

“A blistering collection of stories from an exhilarating new voice One man kills another after neither will move his pickup truck from the road. A female sheriff in a flooded town attempts to cover up a murder. When a farmer harvesting a field accidentally runs over his son, his grief sets him off walking, mile after mile. A band of teens bent on destruction runs amok in a deserted town at night. As these men and women lash out at the inscrutable churn of the world around them, they find a grim measure of peace in their solitude. 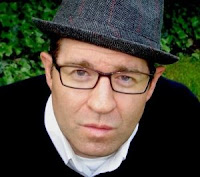 Throughout Volt , Alan Heathcock’s stark realism is leavened by a lyric energy that matches the brutality of the surface. And as you move through the wind-lashed landscape of these stories, faint signs of hope appear underfoot. In Volt , the work of a writer who’s hell-bent on wrenching out whatever beauty this savage world has to offer, Heathcock’s tales of lives set afire light up the sky like signal flares touched off in a moment of desperation.” Publisher