The Year of Broken Glass
by Joe Denham

“Against a backdrop of worldwide seismic devastation, crab fisherman Ferris Wichbaun is forced to confront increasing concern for his two families while journeying across the Pacific Ocean to deliver a legendary glass fishing float to an enigmatic, high-paying collector.”

“The Year of Broken Glass, published by Nightwood Editions, is a strange tale of magical realism full of new age cult myth, characters who live in trees or globe houses and a planet rocked by earthquake and volcanic eruption…. …The book’s strength is in the poetry of the narration; it is eloquently written. The reader can feel the shadow of the albatross winging over the small yacht and can writhe with the sailors in the stupefying calm of the horse latitudes. The ocean becomes a character – one to be treated with respect.” – The Coast Reporter

“In 16th-century Hungary, the real-life Countess Elizabeth Bathory began to torture and kill over 600 servant girls so as to bathe in their blood. She believed this practice would render her beauty immortal; it certainly did her reputation.

In the same style as THE HISTORIAN, this debut author mixes a contemporary story of a psychologist investigating a murder following Bathory’s m.o., with diary excerpts from the Countess herself that tells the historical story.” – Publisher

South of Superior
by Ellen Airgood

“When Madeline Stone walks away from her Chicago life and moves five hundred miles north to the coast of Lake Superior in Michigan’s Upper Peninsula, she isn’t prepared for how much her life will change. Charged with caring for an aging family friend, Madeline finds herself in the middle of beautiful nowhere with Gladys and Arbutus, two octogenarian sisters–one sharp and stubborn, the other sweeter than sunshine. As she is drawn into the dramas of the small, tight-knit town, Madeline learns that it’s a place where times are tough and debts run deep, but where friendship, community and compassion run deeper”

Touch: a novel
by Alexi Zentner 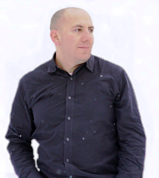 “The book tells the story of Sawgamet, a one-time boom town quieted after the gold rush. Founded by a young man named Jeannot, who turns to the trees after his gold prospects don’t pan out, the town is now a backwater logging community. The novel follows Jeannot and his wife, Martine, during the town’s early years, and at the same time tells the story of his grandson, Stephen – both as a child dealing with a family tragedy and years later, as a priest, returning to Sawgamet as his mother lays dying.

The novel is filled with ghosts, spirits, monsters and folklore – what Zentner calls “mythical realism.” It’s reminiscent of Michael Crummey’s novel Galore, though instead of Newfoundland and Labrador, Touch reimagines the history of Western Canada. In doing so, Zentner explores the meaning of myth and religion, and why stories are categorized as either one or the other.” – National Post

“Seventeen-year-old George Flynn, having just moved to Des Moines, Iowa, with his family in 1993, is rescued from high school obscurity by the Schell sisters, Emily, an aspiring actress and classmate, and her younger sister Katie, who suffers from multiple sclerosis, but tragedy derails the slow-going romance between George and Emily, leaving him to look back as an adult in an effort to understand what went wrong.” – Publisher

“A smart, darkly funny yet poignant work, this memorable debut novel is about friendship and first love, about dealing with grief and trying to grow up without losing oneself along the way. “Smart, ironic prose…reminiscent of Dave Eggers.”–“Library Journal.”