The Dartmouth Heritage Museum Society is one step closer to finding a permanent home for its collection.

The Dartmouth Heritage Museum’s 45,000 artifact collection has been in a state of limbo since leaving the Dartmouth city hall eight years ago. 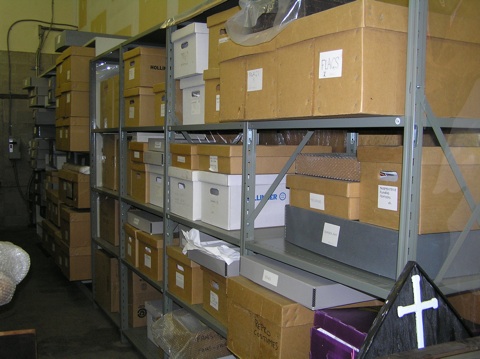 The museum was originally housed in the old city hall next to the sportsplex but left due to poor air quality, structural problems and high maintenance costs. “The building was just sick. The move we made was a crisis move,” explains heritage society Executive Director Lisa O’Neill.

The collection, which houses artifacts like Joe Howe’s desk, old toys and a photograph collection with 14,000 photos has been housed in a Burnside warehouse since 2002.

The cost of renting and maintaining the warehouse is fronted by the city and since 2002 has cost about $500,000.

McCluskey has been helping the heritage society search for a new building since the old one was lost in 2002. In 2007 McCluskey saw a building in her district that might suit the society’s needs.

The Dartmouth waterfront building currently houses the Halifax Regional School Board but they move to a new location next fall. “HRM wanted the building for new offices, it was a long fight to convince them otherwise,” says McCluskey.

After some convincing the building was flagged during a council meeting two weeks ago for use by the heritage society. “We had to be like rottweilers,” laughs O’Neill, “and not let go.” 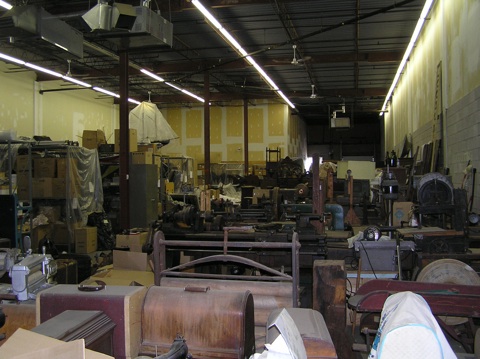 Flagging the building just means the heritage society has first rights to it, a feasibility study still needs to be done to determine the cost of renovating the building.

“We don’t really know if the building is appropriate for storing a collection of this magnitude or what needs to be done to allow it to house the collection,” explains O’Neill.

One of the biggest challenges the museum will face if they get the building is moving the collection. “A lot of our collection has humidity and temperature control requirements,”  says O’Neill.

The society will have to find a way to quickly and safely get sensitive artifacts from the warehouse to the new location and into controlled environments.

Both McCluskey and O’Neill are hopeful for the move and what it might mean for downtown Dartmouth.

“We hope to make a little culture-cluster on the Dartmouth waterfront,” McCluskey says excitedly, “We’ll have the theatre, library and now the museum.”