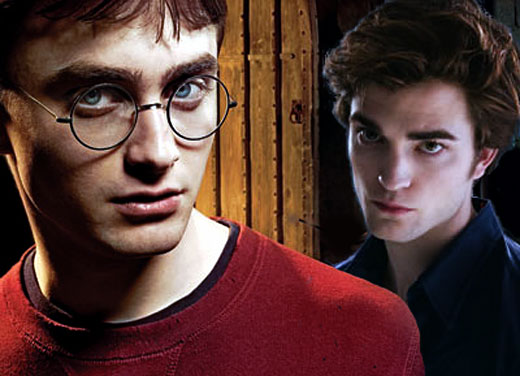 The Keshen Goodman library became a battleground for a literary debate last night.

Youth Services Librarian Danielle Dungey organized it after watching a podcast of a similar event done at a library in Seattle. She was “blown away” by the well-spoken teens and decided to create her own “literary smackdown.” The debate was one of the events scheduled for Teen Reading Week.

Each team had two minutes to answer questions about the plots and character developments of their chosen books.

Ashley Cooper says she found it easy to relate to Twilight’s protagonist Bella Swan, as they both know what it’s like to be the new girl in town. “I just find that with her being average, and me being average with money, and friends, and everything in high school and stuff, I’m not the smartest person in the class, so I can kind of relate to her.”

During the debate, Team Potter slammed Bella Swan, saying she was “boring”. They also said that Harry Potter is for all ages, and not just screaming teenage girls.

“Harry Potter is a book you can read to your kids, and your grandkids, and go on in generations,” Samantha Burns, 16, says. “With Twilight…” She glances at her friends and laughs. “No, just no.”

Angel Proctor for Team Twilight said that she read Harry Potter when she was twelve, and then re-read it recently at 17. “I wasn’t as interested as I was when I was younger because it was make-believe stuff, and I like something more realistic.”

Team Potter argued that while Rowling created a magical world for her characters, they were still relatable and dealt with everyday teen problems.

“It just kind of draws you right in from scene one,” said Erika Christenson.

The teens were judged on their knowledge of the series, clarity of argument, and enthusiasm for the books.

The winners were determined through a panel of judges, and an audience vote. It was a close race. The crowd vote was a tie, but the judges’ decision made a slim victory for Harry.

The panel was made up of a librarian, a high school teacher and a grade 11 student who read both series.

Although the girls were passionate about defending their favourite books, all six of them gathered at the end to compare the shiny new bookmarks they received as participation prizes.

Probert says she wasn’t disappointed about losing.  “We did our best, and they did awesome. It was just fun.”

For those of you who don’t know:

Harry Potter (by J.K. Rowling) is about a boy wizard who goes to a magical school named Hogwarts, where he battles the evil Lord Voldermort with the help of his friends.

Twilight (by Stephanie Meyer) is about a girl named Bella Swan who falls in love with Edward, a vampire who simultaneously wants to keep her from harm and to drink her blood.