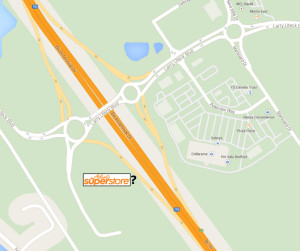 Loblaws announced it was building 50 more stores across the country in 2015, does this mean this is happening? I’ll try and find out.There has been a rumour for a while that they own that property

I’m kind of bummed that Bro’s Tacos (in the Dudes bus past Lawrencetown Beach) won’t be operating this year.

Ecko is closing all it’s stores (including Dartmouth Crossing).

Nestle Tollhouse Cafe on Spring Garden has closed again, head office is looking for a new franchisee to take over the location.

Scotiabank is pulling out of Fall River and closing their branch on Hwy 2, the branch will close in August and all accounts will be transferred to the Lower Sackville branch.

DYK that you can get regionally famous brown sauce Pictou County pizza at Nayya in Bedford.

The city has an open tender for anyone interested in operating a convenience store out of the new Lacewood Transit Terminal. 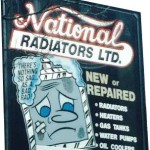 Shift-a-roo at Halifax Shopping Centre with Body Shop moved over by Victoria Secret. Peoples is in the old Kellys Luggage as they renovate their normal spot. Reitmans has shifted a few doors over to a new smaller location.Construction on Aritizia has begun.

The Cellar Bar on Grill, which had just returned to Clyde St is closing in the next week.

Thai Ivory is opening another spot, this time in Sunnyside. They will be opening an “express” version where Great Canadian Bagel used to be.