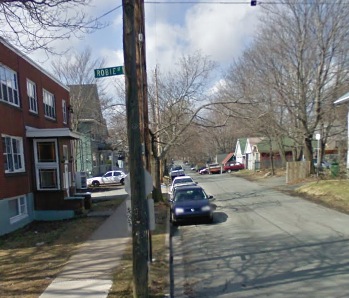 A 30 year old man will be in court after a man and woman reported being followed on Quinpool Road in their cab.


View Larger Map
From HRPD:
At about 7:10 pm police received a call regarding two males in a truck following a female and male who were in a taxi. Information was that the males in the truck were going to harm the occupants of the taxi. The truck was stopped on Quinpool Road and the males in the truck were arrested. As a result of the incident a residence in the 6000 block of Cedar Street in Halifax was searched  by members of the Integrated Drug Section and Quick Response Unit. A quantity of drugs and cash were seized, officers also located and seized two firearms and ammunition. A 30 year old male will be attending court on April 29th to face numerous drugs and weapons charges.

Drugs and weapons seized after taxi gets followed
https://haligonia.ca/drugs-and-weapons-seized-after-taxi-gets-followed-15690/