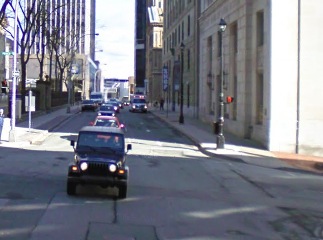 From HRPD:
One man faces charges after being issued a parking ticket in Halifax this morning.

At 9:17 a.m., a Special Constable contracted with HRM was conducting parking enforcement in the 1700 block of Hollis Street. As the Special Constable was writing a ticket, the owner of the vehicle in question returned and became upset. The driver grabbed the Special Constable and shook her before getting in his vehicle and fleeing the area. At approximately 10:30 a.m., the man came to police headquarters where he was arrested without incident.

A 59-year-old man is scheduled to appear in Halifax Provincial Court at a later date charged with assaulting a peace officer.