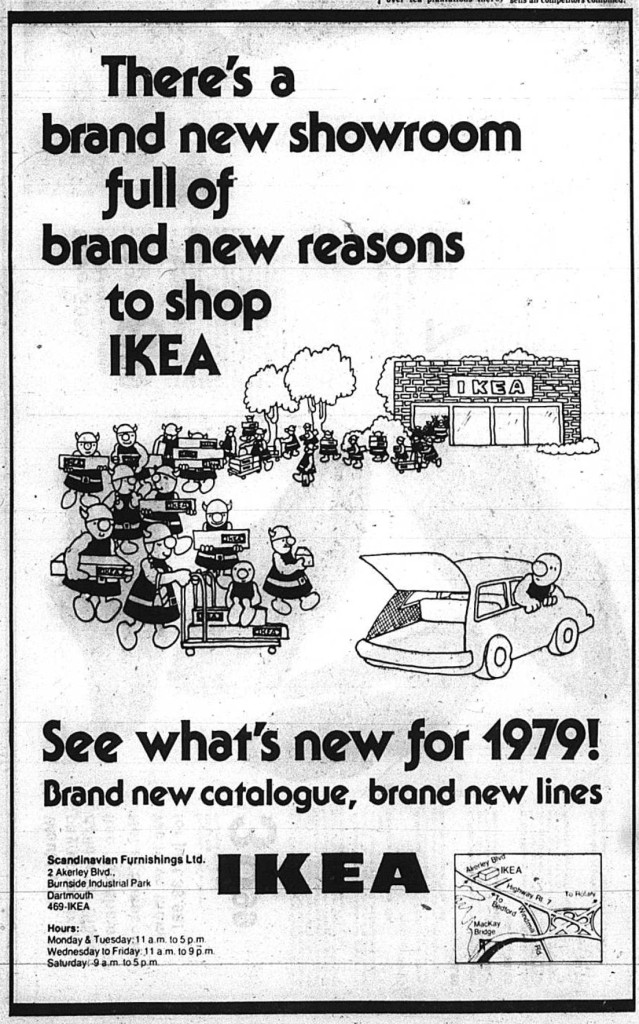 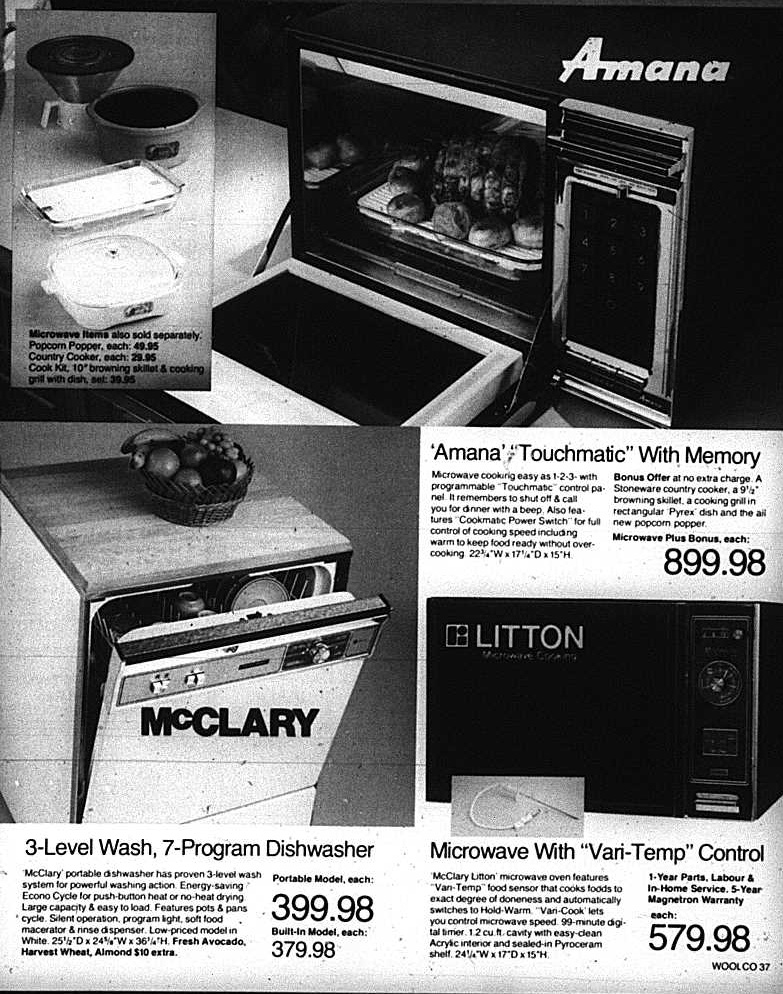 1973 ad from Eaton’s had a Clifton St Warehouse. 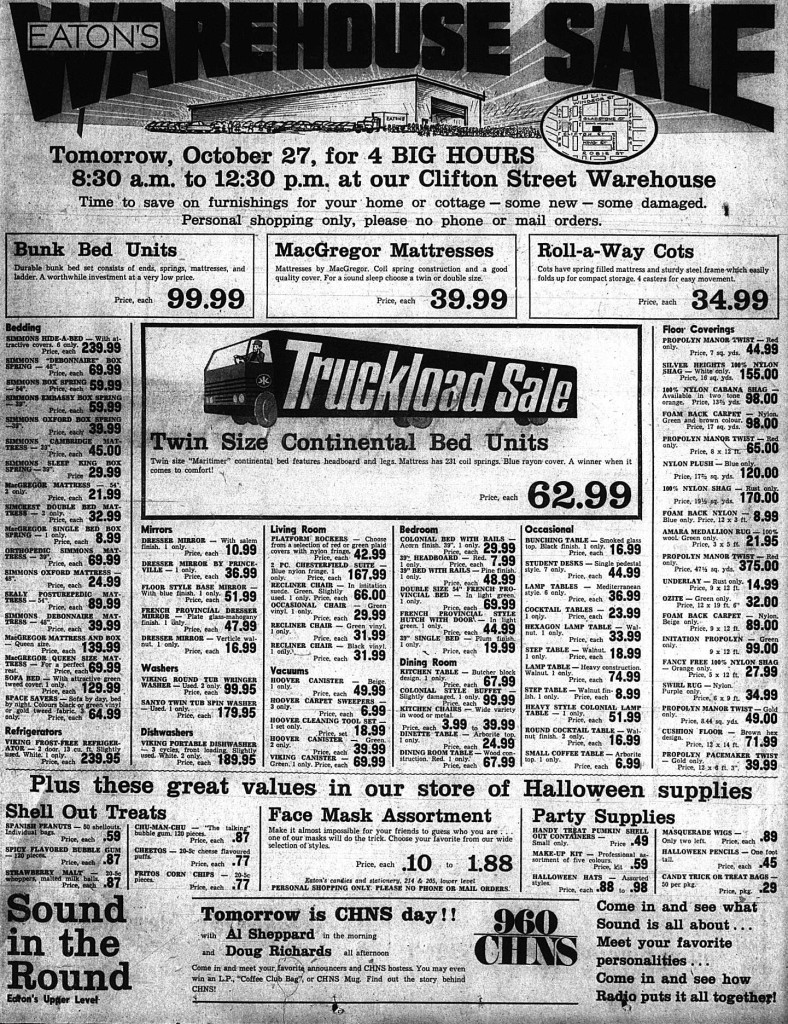 A menacing 1978 ad from the City of Halifax 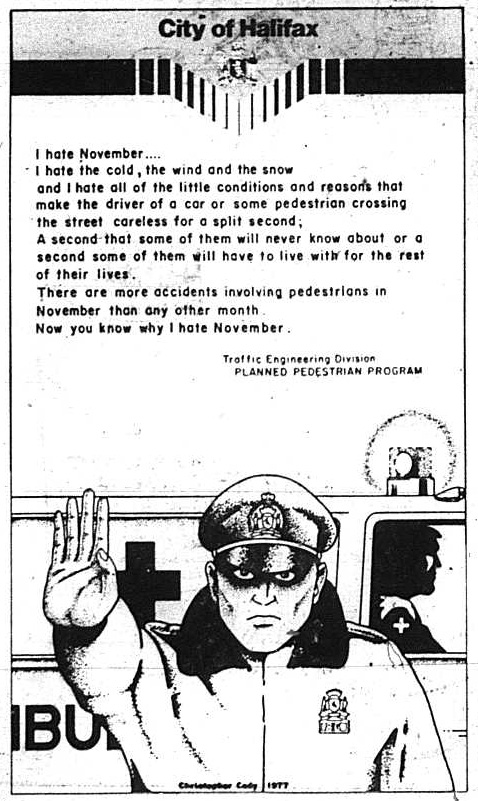 Mills and Clinique had a long history of freebie bonuses dating back 40 years. Too bad Mills, in it’s latest carnation, dropped Clinique as a line when they moved. 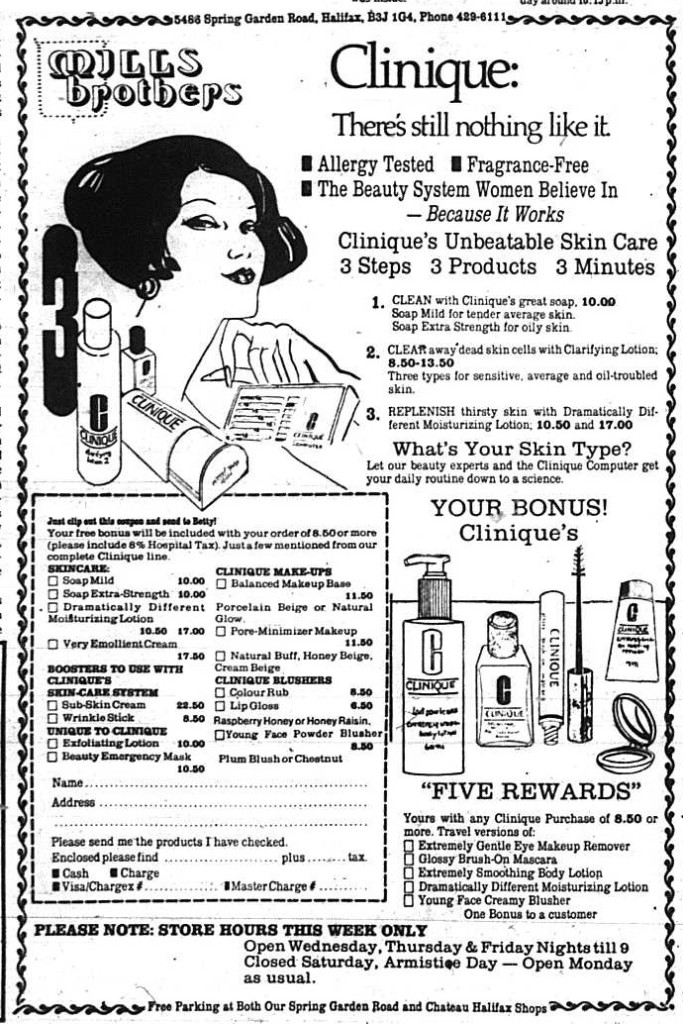 In 1978 Halifax Transit was trying to get us to ride the bus.  Interesting, if you factor in inflation it would cost $100 a month to park downtown, but only $500 to fill your gas tank (and that was based on an 8 cylinder car) 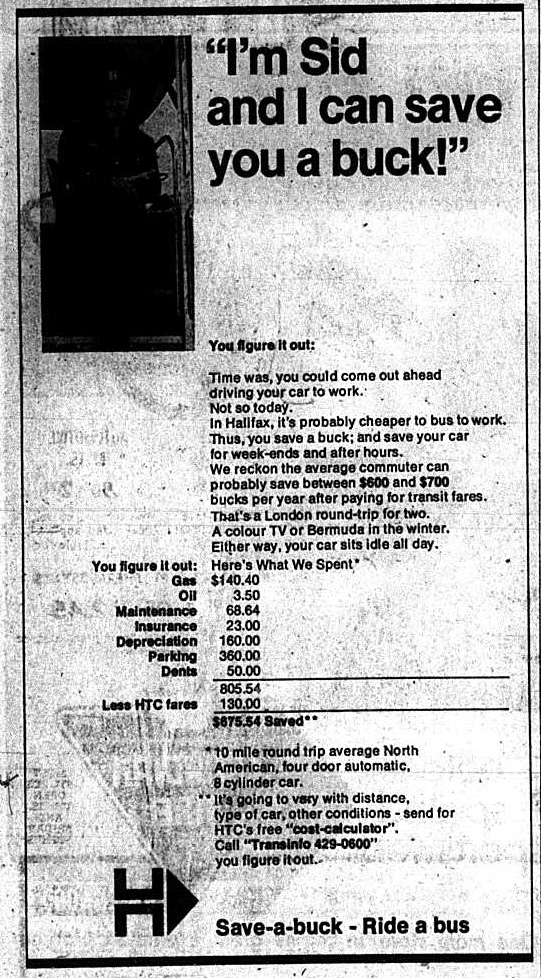 A few Ads from 40 years ago for the opening of Mic Mac Mall. 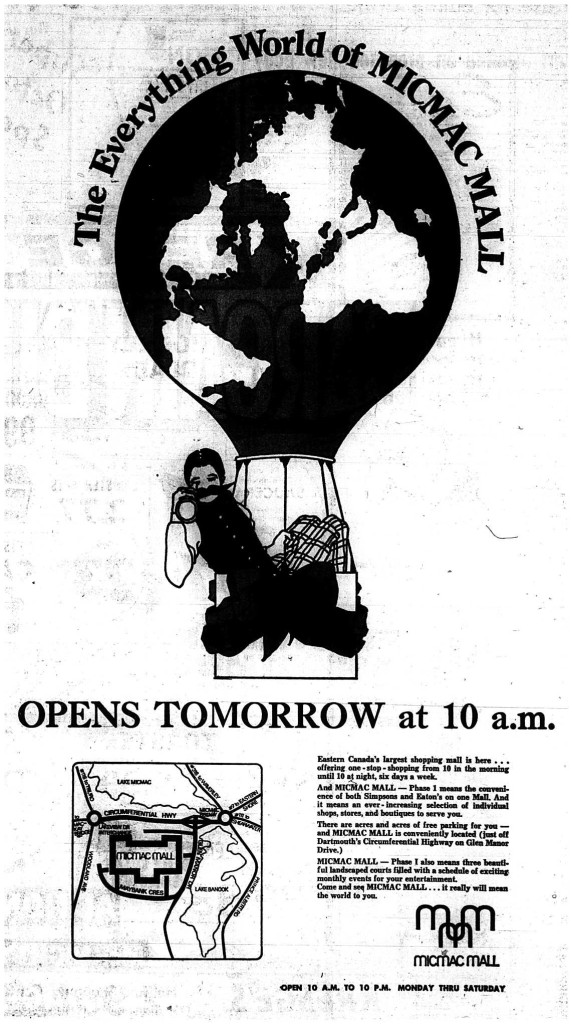 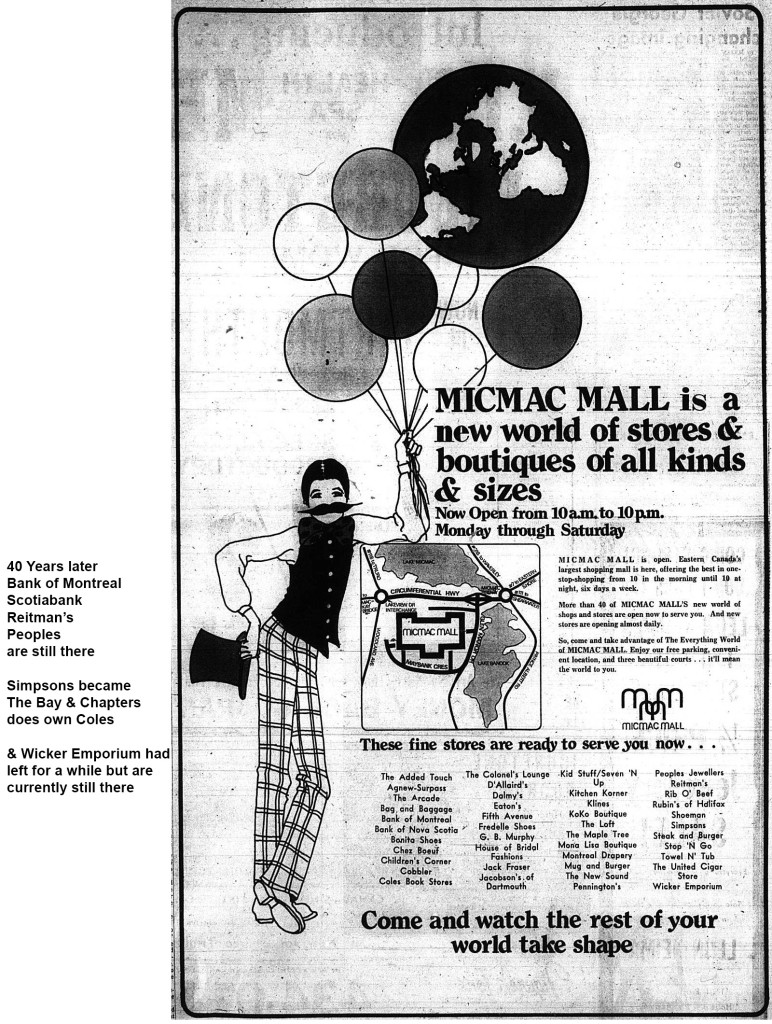