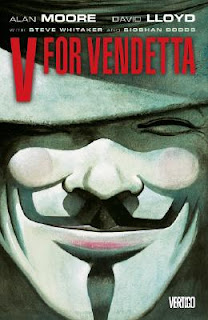 I find dystopian fiction fascinating, especially considering its context: current events or some aspect of society to which the authors are reacting. Orwell wrote 1984 shortly after the close of WWII and defeat of Nazism, Huxley wrote Brave New World partly in response to the Industrial Revolution and the beginnings of mass production. War, politics, and nuclear annihilation have all provided fodder for authors of dystopian fiction, including Cormac McCarthy (The Road), Margaret Atwood (The Handmaid’s Tale and Oryx and Crake – I told you I love her), and Alan Moore (V for Vendetta). 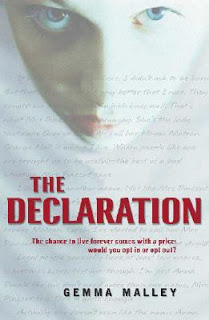 Reproduction is a common theme, such as in Children of Men by P.D. James, in which women are no longer able to conceive. As a result, humanity is dying out and the numbers of seniors are at crisis level, inspiring government sanctioned mass suicides. On the flip side, in the Young Adult (YA) novel, The Declaration by Gemma Malley, humanity has discovered a Longevity drug, ensuring immortality to all who take it, but potentially creating an unsustainable population. As a defensive measure, the authorities decree that any who wish to take the drug must declare that they will not have children, or face punishment. The children who are born, including our heroine, Anna, are considered surplus and live a Dickensian existence. Of course, Anna discovers that there are alternatives…

I read a lot of YA novels, partially as part of my job but mostly because they’re awesome, and a major theme of YA materials is dystopian fiction. Some of the best, and all enjoyable by adult readers, according to me: 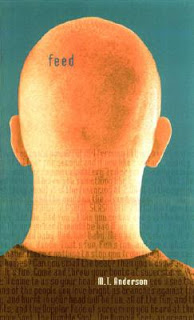 I’ve mentioned Scott Westerfeld’s Uglies series in this place before. In the future, the world that we know is rusting away into the earth, and only remembered as a foolish civilization that destroyed itself. To prevent competition and destruction, conformity is the key. Young people are considered ugly and remain so until their 16th birthdays at which point they are cosmetically enhanced to be both pretty and bubbly: party-loving and completely compliant with those who control the system. The protagonist, Tally Youngblood wants nothing more than to be pretty until she is introduced to something more; something she may be willing to change her entire world to be a part of.

M.T. Anderson’s Feed parallels Uglies in that both authors envision a world in which technology and human brains have merged, and Anderson continues this possibility with thoughts that are both controlled by and control the Feednet. Designer babies are conceived in labs, consumption is highly encouraged, and disconnecting from the Feed creates a drug-like high. 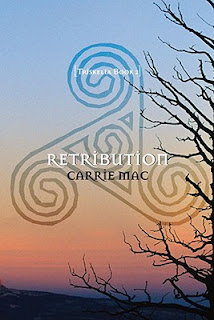 The Hunger Games by Suzanne Collins is huge with readers and critics alike right now. Earth has been devastated and the nation of Panem now exists atop the ruins of North America. The Hunger Games are annual gladiatorial-like competitions in which combatants are chosen by lottery and must fight to the death, to the delight of the entire world watching in the arena and on television.