Yesterday the husband and I were invited to a potluck that our neighbours were having.  I ended up postponing my Pampered Chef party to a later date which ended up being a good thing because I think I would have been too rushed to host the party and make something for the potluck!

My boss gave me a quick and easy appetizer recipe to try which sounded delicious and easy enough to prepare not ever even seen one or tasted one before.  I adapted it slightly to include some of the Epicure spices that I have which I thought would compliment the flavours.

I wouldn’t exactly classify this recipe as very “healthful” but most of the time potlucks are usually “splurgy” kinds of occasions and since I’m the new girl on the block, I didn’t exactly want to show up with something that people would think was out of place!  Most people bring a main dish or dessert, so a rich and creamy tasting appetizer was just the ticket methinks. 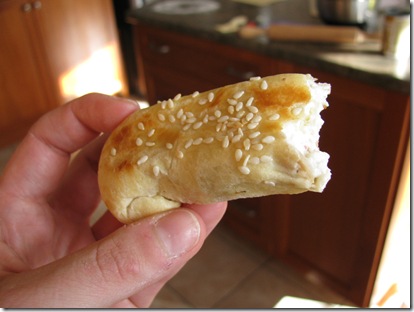 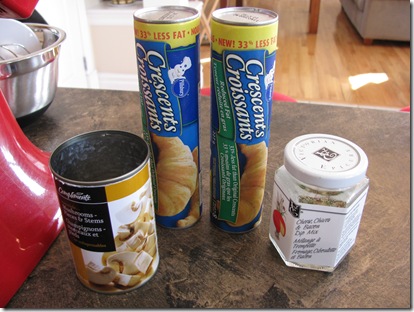 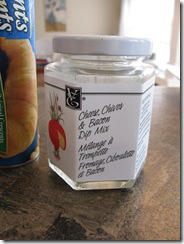 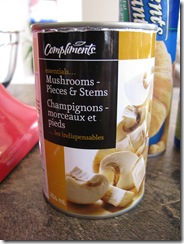 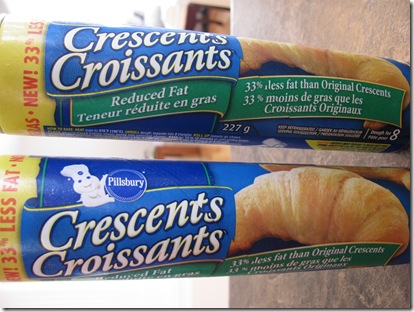 Cream together the cream cheese, mushrooms & Epicure dip mix until well combined and set aside. 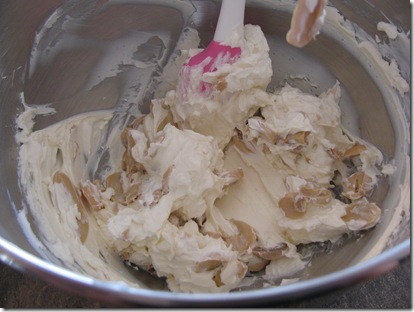 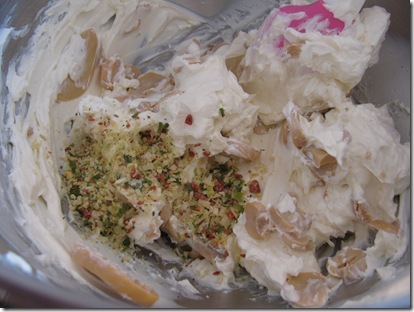 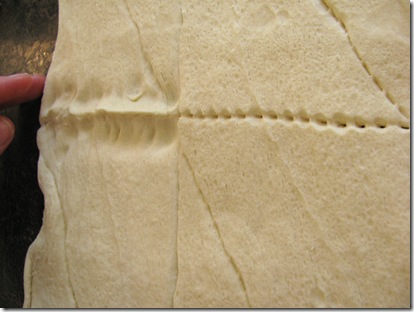 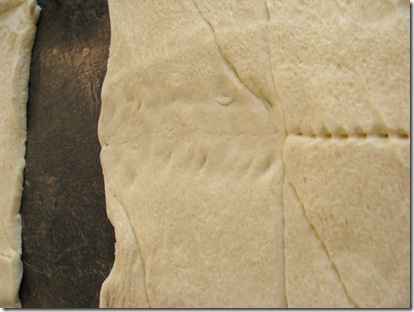 Gently give it a roll with a rolling pin to roll out as many of the creases as possible, then cut them into whatever size you would like to make the appetizers: 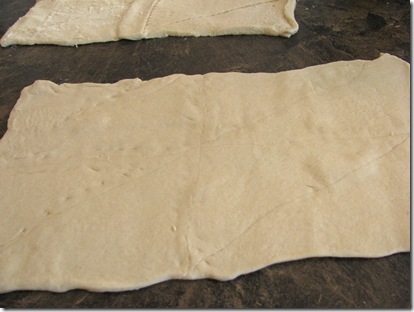 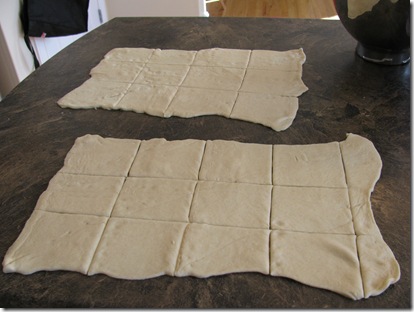 Spoon some of the cream cheese filling into the center of each square and then fold over each side and close the ends: 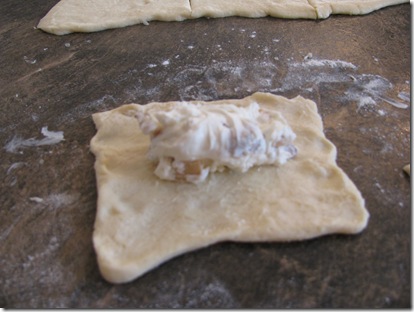 Lightly spray some parchment paper on a cookie sheet (I had to use wax paper because I was all out of parchment): 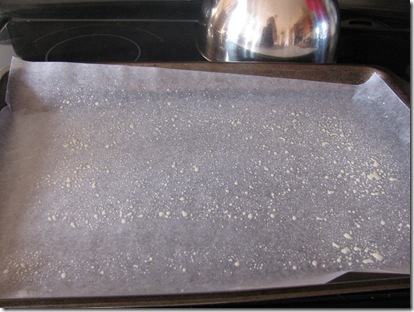 Place them on the parchment paper and then brush with a beaten egg: 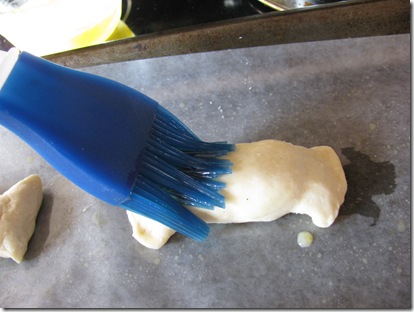 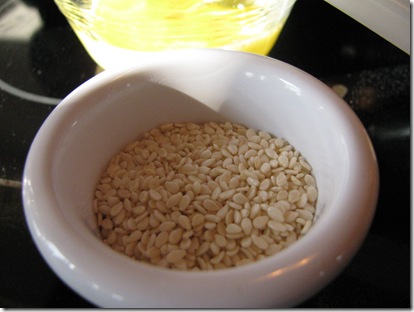 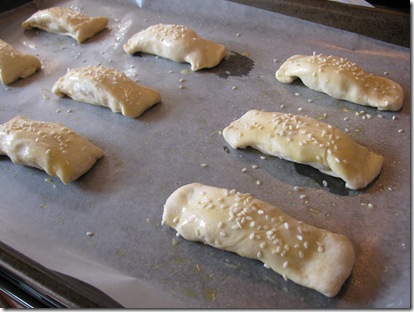 Bake at 350 for about 10 minutes keeping a close eye.  I noticed they were getting really brown on the bottom really quickly, so I ended up flipping them to brown them on the top. 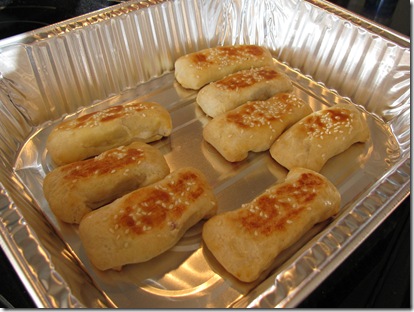 I had to test one out to make sure they were okay :-D 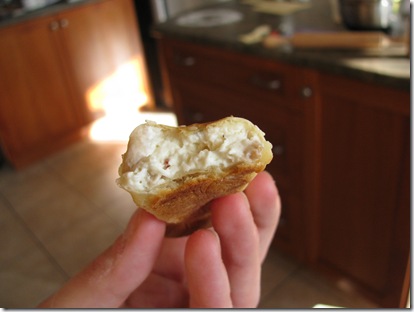 The verdict:  the assembling of them took longer than I had thought, but no big deal at all.   Given that I was experimenting with the Epicure seasonings, I only put in about 2 tbsp.  The seasoning was hard to pick out, so next time I would add much more!  All in all a very yummy and rich treat of an appetizer.  I bet these would be good experimenting with sun dried tomatoes & basil!

Oh and btw, I had never heard of these Anchor Hocking casserole dishes before, but my neighbour had used it many times before and was just putting it back into the oven to re-heat stuffed mushroom caps and the thing exploded in the oven! 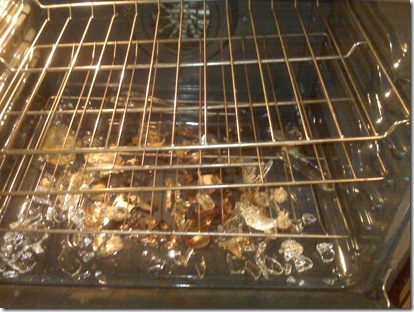 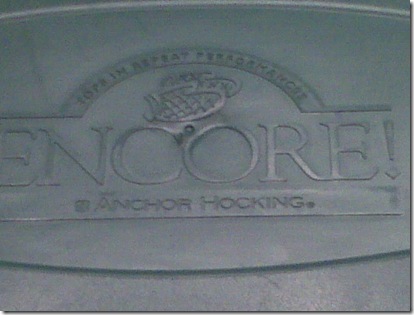