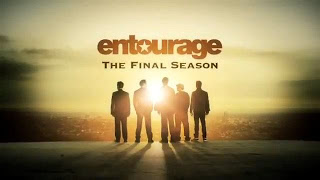 To be honest, I’m still not really sure how I feel about the latest episode of Entourage.

Let’s start with what I liked. I liked Vince, Eric and Ari’s storylines.

Vince’s Vanity Fair article is ready for printing, and it’s generally flattering. You know, except for one bit where the writer calls him an insecure womanizer who uses a feigned respect for women to get them into bed. (Or at least something like that.) Vince took the jab hard for a couple of reasons. First of all, he didn’t think it was true. And I have to say, I don’t either. While I don’t buy the crap Entourage has been selling lately about how the show has “some of the strongest female characters on TV”, I also don’t think Vincent Chase, as a character, is particularly disrespectful to women. He sleeps with a lot of them, sure. But I’ve never watched the show and felt like he was being gross about it. Vince was also rattled by the accusation because he totally has the hots for the writer and wants her to think well of him.

What I liked about this storyline, other than the fact that it’s setting up a love story for Vince, is that it’s forced Vince to evaluate his life choices so far. As a leading character Vince has always been rather vapid, and now the show and the character are acknowledging that. He’s not very deep. I’d like to see this revelation (it was a revelation for Vince, not for the viewers) to help Vince grow up a little, without completely changing who he is as a character.

Meanwhile, E was still dealing with the consequences of sleeping with his ex-fiancee’s ex-stepmother. He helped Melinda Clark land a J.J. Abrams series (am I really supposed to think that would happen in real life?) and she gifted him with a car, but it seemed more like a thank you gift for sex than for his professional work. What this all really did was expose E’s lingering feelings for Sloan. He found out that she’s possibly/probably banging Johnny Galecki (I love when stars agree to come on and play themselves as jerks) and went nuts. While I don’t really care for Sloan and don’t care if E ends up with her, I thought E’s return to jealous behavior (complete with a Seth Green reference!) was right for his character.

The best storyline this season continues to be the dissolution of Ari’s marriage. I can’t believe Mrs. Ari’s name is Melissa. She so doesn’t strike me as a Melissa. Anyway, because she’s the rich one in the marriage, and she put $11 million into Ari’s company, he could end up losing everything in the divorce. Ari went to talk to her and went completely nutso when he discovered Bobby Flay in his house. He’s just a broken, broken man who’s lost his family and can’t face the idea of losing his company as well. Is it possible to see him back on track before the season’s through?

What I didn’t care for so much this episode were Drama and Turtle’s storylines. It seemed as though we were meant to believe that Turtle was facing a huge problem when the folks from Don Peppe’s were more interested in celebrity spotting than his business plan, but all it did was highlight how Turtle isn’t really cut out for this. With E, I always believed he had the natural business talent to help manage Vince’s career. Turtle couldn’t even handle a couple of New Yorkers who just wanted to meet a celebrity? Stick to driving, buddy.

My problem with Drama’s storyline was its quick resolution. It was classic Entourage – there’s a problem, someone’s career is in trouble, and then everything is fixed. I’m glad Drama gets to do “Johnny’s Bananas”, and I’m glad he got to keep Andrew Dice Clay, but it all seemed too unrealistic that the network would just cave like that.

Because I suck and have no willpower, I’ve read a few spoilers via Wikipedia that reveal details of the final two episodes this season. I’m not feeling super optimistic about how it’s all going to play out, but I really hope the series ends on somewhat of a good note. The past few seasons have been sub-par, which is really a shame. There was a time when I could watch an entire season of this show in one sitting, and now it isn’t priority TV at all.