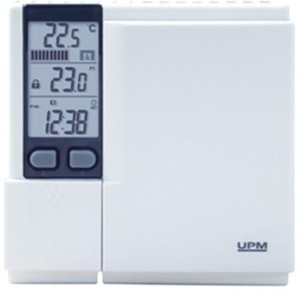 “This recall expansion involves the addition of other possible models of thermostats that were not included in the previous recall.

The following model numbers are included in this recall. These models were known to be sold under the brand names Garrison, Maison, NOMA, RONA and UPM. All serial numbers are affected.

Note that some thermostat model numbers may have a letter after them, for example HTM221A.  This letter indicates a minor, non-electrical variation in the product such as the shape of the LCD window or buttons or the colour of the unit.  The presence of these letters does not affect which model numbers are included in the recall.  The recalled units were certified to Canadian Standards by CSA International under certification number CSA 185066.

The units may overheat, emit smoke and damage the wall, posing a fire hazard to consumers.

The importer is no longer in business.  Between June 20, 2011 and February 2, 2017, Health Canada received 51 reports of incidents from consumers and retailers regarding the use of these thermostats including overheating, melting, smoke and damage to the wall.  No injuries have been reported.

Consumers should immediately stop using the recalled thermostats and contact the retailer from whom they purchased the product as the importer is no longer in business.  Otherwise, consumers should remove and throw the thermostats away according to their local municipal disposal requirements.

Please note that the Canada Consumer Product Safety Act prohibits recalled products from being redistributed, sold or even given away in Canada.”