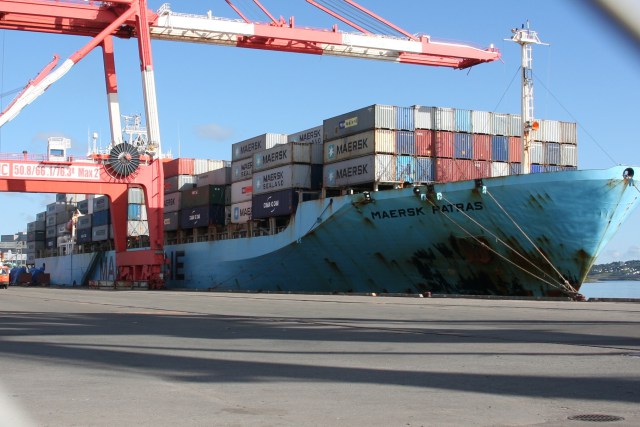 Maersk Patras was a regular caller in Halifax on the weekly Maersk call, But had been replaced by Em Kay in 2014. On November 2, she suffered an engine room fire 90 miles ESE of Las Palmas. she lost all power, was towed to port, and offloaded. Given the ships age, She is likely bound for the scrappers given the market for small container ships and the damaged engine room.

Atlantic Erie is also bound for Turkish scrappers. She ran aground in January 2015 leaving port in the Magdalen islands with a salt cargo. She was refloated, and surveyed. With extensive hull damage, she hasn’t sailed since. Atlantic Erie was a regular caller in Halifax over the years, and underwent a work period in 2009 at Halifax shipyards.